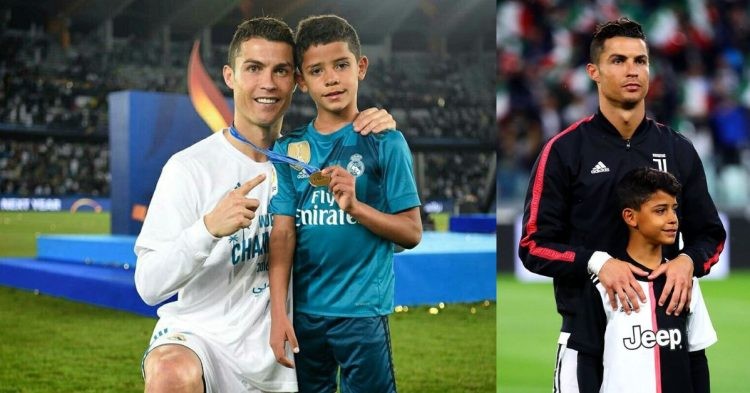 Cristiano Ronaldo impressed the entire soccer world during his debut in Saudi Arabia. PSG played an all-star Riyadh eleven in Saudi Arabia, where all the big names lined up for a thrilling match. Although PSG won the match 5-4, Ronaldo won the man of the match. However, this might not be the best thing that has happened to Ronaldo since he arrived in Saudi Arabia.

Ronaldo scored a brace against PSG, while Lionel Messi and Kylian Mbappe of PSG both grabbed a goal each. Sergio Ramos, Marquinhos, and Hugo Ekitike were the other players who scored for PSG. With that performance, Ronaldo rubbished the claims of him being finished as he was excellent against a PSG side that had all the big names lined up for them.

However, the good news that Ronaldo received before the match against PSG was that his eldest son, Cristiano Ronaldo Jr, had been accepted at the youth academy of Al-Nassr. As per reports, Ronaldo Jr followed his father’s footsteps as he too joined Al-Nassr’s youth team after a brief stint at Real Madrid.

What are the previous clubs where Cristiano Ronaldo Jr has played?

Cristiano Ronaldo Jr is an exciting young talent with a huge future ahead of him. Following his legendary father’s legacy, Ronaldo Jr has already impressed the soccer world with his skills. Recently, he joined the youth team of his father’s new club, Al-Nassr.

Prior to that, Ronaldo Jr was seen training with Real Madrid’s youth side a few weeks ago. Ronaldo Jr was joined by his father, Cristiano, who also briefly trained at the Spanish giant’s facilities after his dismal World Cup 2022 exit. Ronaldo Jr, who is merely 12 years old, has already trained with some of the biggest soccer clubs in the world.

Cristiano Ronaldo Jr has been a part of the youth team of Real Madrid, Manchester United, and Juventus. A few clippings of Ronaldo Jr’s skills and goals have gone viral on the Internet. Fans have showered praises on the 12-year-old, claiming that he was going to be the next CR7. Although it’s too big of a claim for a young boy, there’s a huge chance that Cristiano Ronaldo Jr can actually make the prophecy come true.

Even Ronaldo himself claimed that his son wants to play along with his father one day. Although Ronaldo is 37 now, he still wants to play for a few more years. Ronaldo had previously revealed that he plans on playing in the Euro 2024. This thought has made the fans eager with anticipation to watch the legendary father-son duo play together.