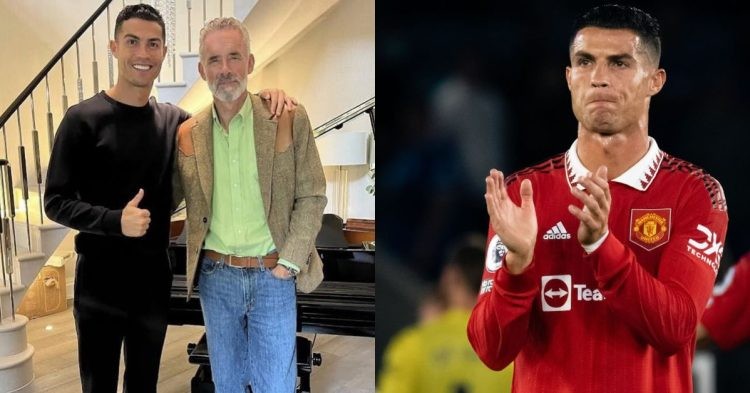 Jordan Peterson is a Canadian psychologist, author, and professor emeritus at the University of Toronto. He became a very popular figure, especially on social media for his views on social and political issues. He has often been described as conservative. In a recent interview, he spoke about how he had held a meeting with Cristiano Ronaldo, and both of them had a ‘strategic’ conversation.

Ronaldo is set to begin his fifth World Cup on 24th November against Ghana. The Portuguese superstar had given an explosive interview with Piers Morgan earlier this week. He spoke about his personal issues and the issues he was facing at Manchester United. He described Peterson as an intelligent man and someone he is a huge fan of.

In his interview, Ronaldo spoke a lot about his personal issues during the summer. He spoke about the loss of his son and the fact that his daughter had to be admitted to the hospital due to bronchitis. Ronaldo said he is a huge fan of Peterson’s and had read his book ’12 Rules for life’. Piers Morgan, who had interviewed Peterson as well, said that he (Peterson) was also very fascinated to meet Ronaldo.

“I’m a huge fan of his, I read his book, 12 rules, and I felt that he is a really interesting guy. I love to meet smart people and he is a fantastic man.” Ronaldo said he had been struggling to find the motivation to play for United because he was not feeling any positive energy there. Along with the many reasons above, this could be one of the reasons he has called Peterson for a visit.

Ronaldo describes his interaction with Peterson

Ronaldo said, “I felt that he is a really really interesting guy and I love to meet smart people. I learned a lot from some of the advice he gave me. We had a nice strategic conversation, not only about the present moments in my life because my life is not only for football. I am a businessman, with many important things in my life. And when you surround yourself with these people, they make your life more interesting and have an impact on your daily life.”

Cristiano Ronaldo on his friendship with famous psychologist Jordan Peterson:

“I’m a huge fan of his. I read his book, 12 Rules, and I felt that he’s a really interesting guy and I love to meet smart people. Fantastic man. And I learned a lot.”

Ronaldo said he met Peterson not only regarding his personal life but also about his business life. He even hinted at releasing his own book in the future after his retirement. Ronaldo’s interview had mixed reactions from the fans. Many reports now indicate he will be sacked by Manchester United. If there is no legal way to do this, some journalists say United will make him train alone or with the U21s.