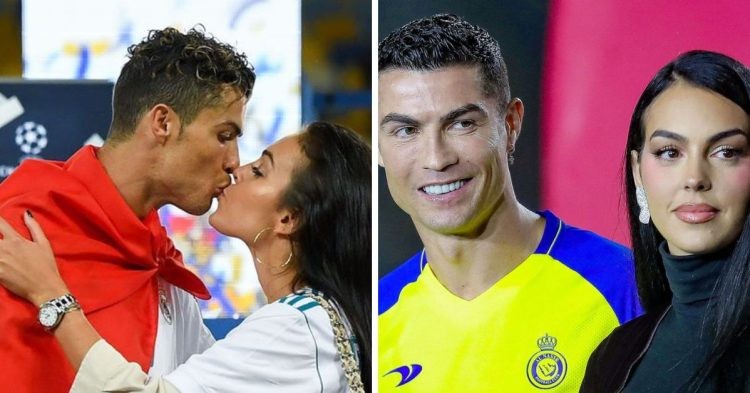 Cristiano Ronaldo signed a two-and-a-half-year contract with Saudi Arabian club Al-Nassr. The Portugal captain had left Manchester United due to a disagreement with the club’s leadership and manager that had been revealed during a Piers Morgan interview.

Al-Nassr reported that the deal was set to last until 2025 and was estimated to be worth more than $200 million. Fans and experts had been expecting Ronaldo to make this move for some time.

Al-Nassr had to move their initial Saudi Pro League game from the day of Cristiano Ronaldo’s arrival to the following day due to technical difficulties at their stadium. It appears that Ronaldo will defy Saudi Arabian law by living with his partner, Georgina Rodriguez, without being married.

In Saudi Arabia, it is illegal to cohabitate without being married, however, they are not expected to face any repercussions from the authorities. The couple was first introduced in 2016 while Ronaldo was playing for Real Madrid, and they have since had two children, Bella and Alana. Ronaldo also has three other children, Cristiano Jr, Eva, and Mateo, who are twins.

But rumors suggested that Saudi Arabia might make marriage law exemptions allowing Cristiano Ronaldo to live with his partner. Many people assumed that Ronaldo and Georgina were married due to the amount of time they had been together and the visible connection they share with one another. Nevertheless, they are not officially wed yet.

Based on reports from Spanish news provider EFE, it appears that due to its status of Ronaldo, any form of reprimand is unlikely. The two Saudi lawyers interviewed by EFE suggested that the authorities won’t take any steps against the celebrated soccer player, who has previously played for Real Madrid, Juventus, and Manchester United.

Why are Cristiano Ronaldo and Georgina Rodriguez not married?

It’s no secret that Cristiano Ronaldo and Georgina Rodriguez have a strong bond, and yet, they have not tied the knot. In an interview, Ronaldo said he has no plan to marry Georgina in recent times but is sure that it will happen one day.

With five children between them, parenting can be quite exhausting, both physically and mentally. Therefore, it is understandable that the couple would prioritize taking care of their kids before making any plans to get married.

Sources close to Cristiano Ronaldo have reportedly claimed that his mother Dolores Aveiro, is not in favor of the couple’s plans to get married, due to Georgina’s alleged intention to take advantage of her fiancé’s wealth, creating a strong opinion among the groom’s family against the marriage. Despite this, Dolores has stated that she has a good relationship with Georgina, and is grateful for the help and support she provides to Ronaldo.

How many children do Ronaldo and Georgina have?

The Portuguese athlete is the father of four children. His eldest, Cristiano Jr., was born in June 2010. In June 2017, Cristiano disclosed that he had fathered twins, a daughter named Eva and a son called Matteo, by using a surrogate mother located in the United States.

A month later, the athlete and Georgina, his Argentinian partner, declared that they were expecting their first child together. Alana Martina, their daughter, was born in November 2017. In 2022, they were expecting twins, but unfortunately, one of the babies passed away during labor.