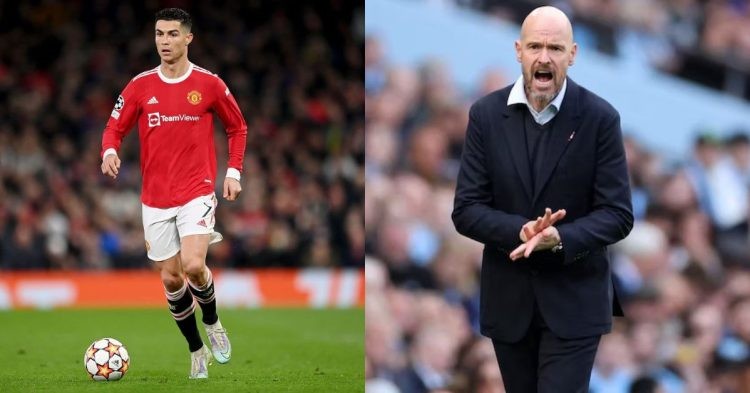 Manchester United star, Cristiano Ronaldo failed to score against Omonia Nicosia in their group-stage match. Although McTominay helped United grab a last-minute winner at Old Trafford. Ronaldo started the match but could not afford his name on the scoresheet. He looked miserable after not being able to convert the assists into a goal.

Ronaldo, who was the top scorer for United last season, has found it difficult to find a spot in the starting eleven. He reacts to his late win as “we believe until the end ” on his social media handle after a terrible performance at home Old Trafford.

Ronaldo hasn’t been the best this season at Manchester United. He has got a spot in the Europa League squad after Martial’s injury but has not been performing up to the mark. Fans slam Ronaldo for his bad performance in the group stage match. According to some, he missed very easy chances and was unfit for the squad depth. Fans appreciate Casemiro for his effort after once hitting the crossbar from a distance.

“Until recently, when United fans came on the radio to moan about a bad performance, it was always Cristiano Ronaldo’s fault. At least, that’s the perception – and it’s ridiculous to heap the blame for a disappointing season on the top scorer.” pic.twitter.com/s0h5LbJu7M

After creating no impact with Omonia Nicosia, a Manchester United player was ridiculed by the crowd. Fans slam Ronaldo as he couldn’t hit the target against an easy rival for their Europa league journey. He is also criticized for tweeting after having no productivity during the match. It is believed that Ronaldo doesn’t fit in the squad properly and they would choose Antony martial over him.

Your team is on a rebuild and all you could think of is signing a 36 years old who’s primary aim is to be on the score board regardless of the teams performance .
It’s just a matter of time and you lot would realize how bad Ronaldo signing was

Many commented that Ronaldo is finished; “I think they have to put the ball on the goal line for him to push it into the poles before he can score. He should stay on the bench till he leaves. Man United could’ve scored seven goals if he didn’t play. Players tried everything for him to score but he wasted all chances. Ronaldo is FINISHED! “

U can’t score omonia , not even a shot on target yet you have the guts to tweet . Have some shame self acclaim 𓃵

Some supporters believe that Ronaldo was unfortunate since he missed his opportunities. Given that he is already 37 years old, it is understandable why his age is such a major issue for United. Due to the same, no team is prepared to spend on Ronaldo as well. According to some reports, Ronaldo is depressed at Old Trafford because of his playing time; “Cristiano Ronaldo has lost confidence and power these days. He’s depressed but I hope he will be back.“