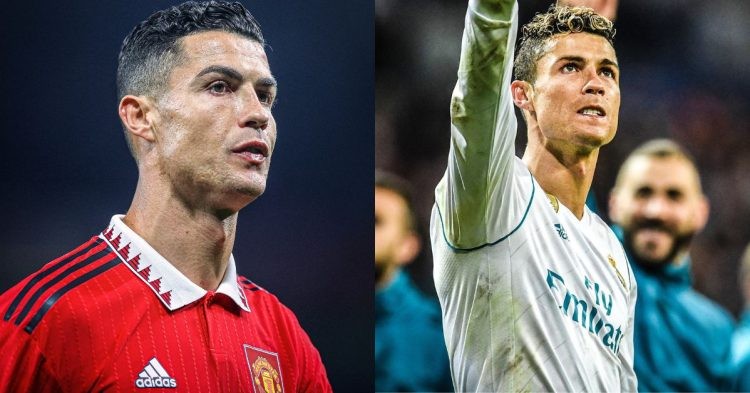 The Portuguese superstar Cristiano Ronaldo appears to be leaving Manchester United in the near future.

As if Cristiano Ronaldo’s interview with Piers Morgan was not controversial enough, the Portugal international’s lack of regret means that his Manchester United career is now irreparably damaged.

Cristiano Ronaldo on the response to his recent interview 🗣 pic.twitter.com/OuXGY4jebr

When the veteran player returned to Old Trafford during the transfer window last summer, fans were expecting another successful run from Ronaldo.

Ronaldo called out Erik ten Hag, the Glazers, and even his own teammates’ conduct during the interview. Eventually, he tried to clear the air regarding what he believed to be “disrespectful” treatment of himself at Old Trafford.

Cristiano Ronaldo to be sacked from Manchester United

According to reports, there has been some speculation that Manchester United has started “the first measures” to oust Cristiano Ronaldo from the team.

Ronaldo’s current contract might be terminated as a result of United’s consideration of legal action against him for a potential breach of contract.

“I don’t have to worry what other think. I talk when I want to”, he added as @JWTelegraph reports. pic.twitter.com/IfGENWZ4WU

In a statement released on Friday, the club acknowledged that when the final segment of Ronaldo’s interview aired on Thursday night, it had “taken appropriate procedures.”

Ronaldo, who now earns about $580,000 per week at Old Trafford, will also have his contract ripped up. Eventually, he will lose the remaining $19 million in pay if United concludes to remove the Portugese star from the team.

However, Ronaldo has effectively burned bridges at Old Trafford by refusing to apologize. Especially, even for something as minor as the time of the interview rather than the content.

The former Real Madrid hitman has been linked with several European teams. Evidently, Ronaldo expressed his desire to play in the Champions League. Although he revealed his intention to leave Old Trafford this summer.

Following Karim Benzema’s injury in January, Los Blancos have been connected with a stunning deal to bring him back to Madrid on a six-month term.

“I don’t have to worry what other think. I talk when I want to”, he added as @JWTelegraph reports. pic.twitter.com/IfGENWZ4WU

However, Fabrizio Romano wrote in his exclusive column for Caught Offside that Carlo Ancelotti was not considering making a trade.

Ancelotti, a veteran Italian coach, has frequently expressed a desire to assemble a team for the long term. Eventually, he also dropped hints about his unwillingness to sign fresh players during the midseason transfer window.

Sporting CP and a few MLS clubs are the other teams with an interest in signing the Portuguese striker.