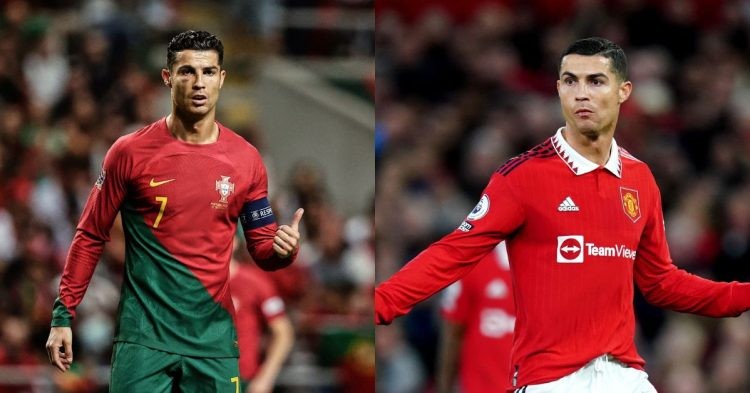 Cristiano Ronaldo is grabbing the headlines in the entire world right now. He is arguably the biggest athlete on the planet and is also the most followed person on Instagram, a popular social media platform. It seems it is no surprise that his interview with Piers Morgan is going viral.

The Manchester United star has had a go at the club and its owners recently, together with the manager Erik ten Hag. He claims that the United officials are trying to force him out of the club, causing him to feel betrayed. In addition to that, Ronaldo has also opened up about his retirement plans, ahead of his 5th FIFA World Cup in Qatar this year.

The question of when Ronaldo will retire has been floating in soccer fans’ minds for years now. The main reason for that would be the jaw-dropping longevity he has displayed over the years. As we all know, Ronaldo wasn’t always the lethal goal scorer we witness now. He used to play in the midfield and winger role during his first spell at United and during the first few years at Real Madrid.

During “Piers Morgan Uncensored“, Ronaldo said, “I wanna play two years more, two or three years more maximum. I wanna finish with 40. A good age, but I don’t know the future.” He hasn’t revealed his plans after retiring from the sport, although many of his fans wish he got into coaching soccer.

As he got older, the Portuguese star became more of a goal poacher and started to bag goals left, right, and center. Now, Ronaldo is a complete striker and is still a lethal force even at 37 years old. Speaking of his age, it is no secret that he doesn’t have many years left in the tank, as he admits. The 5x Ballon d’Or winner has revealed that he is looking to play for 3 more years professionally unless the future holds something unexpected for him.

The former Real Madrid star also mentioned that it is unlikely for him to feature in the 2026 FIFA World Cup. Cristiano Ronaldo has played in 4 FIFA World Cups to date. He will play in his 5th in a couple of days in Qatar. If he manages to score this year, he will be the first male player to score in 5 World Cups.

Adding on to that, if Ronaldo manages to win the prestigious trophy with Portugal, it would be a fairytale ending that Ronaldo fans have been waiting for decades.