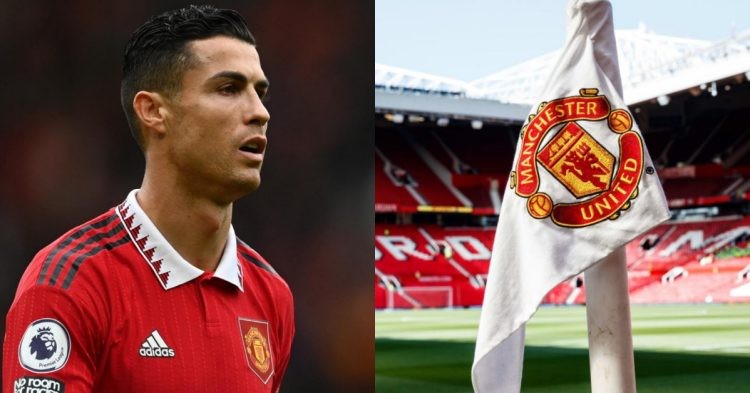 Cristiano Ronaldo rocked the soccer world after his explosive interview with UK TV personality Piers Morgan. In the interview, he blasted Manchester United owners, the Glazer family, and the manager Erik Ten Hag. After that, fans speculated what the ramifications will be for his comments. It looks like the Portuguese superstar is facing a potential sacking from the club.

Daily Mail writer Chris Wheeler is reporting that Manchester United is holding internal discussions about letting Ronaldo go and tearing up his contract. After publicly stating that he has no respect for the manager, many thought that it would be a near-impossible task for him to return to Man United. However, with the January window fast approaching, it was expected that Ronaldo will leave then.

However, it does not look like United is willing to wait for that long. Instead, they are aggressively moving forward with terminating his contract. Apparently, Manchester United Lawyers came to the conclusion that there is enough evidence that Ronaldo breached the terms of his contract with his unsanctioned interview.

He came back to United with much fanfare in 2021. But only after one and a half seasons, Ronaldo’s second stint at the club seems to be coming to an end amid a massive fan backlash.

Shortly after the news of Ronaldo’s imminent sacking, ESPN came out with a detailed report on the matter. Not only will the club kick him out, but they also are not willing to buy out the rest of his contract.

Because United is terminating his deal on the grounds of “breach of contract,” Ronaldo will also miss out on his salary which is reported to be £16 million. It converts to roughly $19 million.

Man United looking to terminate Cristiano Ronaldo’s contract following interview with Piers Morgan. Won’t be welcome back at Carrington after the World Cup and there could also be further legal action https://t.co/MDfc2Xm5EG

The ESPN report suggests that the manager Erik Ten Hag had an emergency meeting with club co-chairman Joel Glazer, director John Murtough and chief executive Richard Arnold. During the meeting, the Dutch coach made it known that he does not want Ronaldo back in the club after the 2022 World Cup. Manchester United will also contact Ronaldo to let him know that he is no longer welcome in Carrington.

The English soccer club apparently put things under motion as soon as they found out about the interview. Earlier they put out a club statement that added, “Manchester United has this morning initiated appropriate steps in response to Cristiano Ronaldo’s recent media interview. We will not be making further comment until this process reaches its conclusion.”

How much does Ronaldo earn from his contract at Manchester United?

Cristiano Ronaldo is one of the best-paid players in the entire English Premier League. Manchester United has a reputation for paying big salaries to their star players and Ronaldo is no exception. According to The Mirror Ronaldo earns £515,385 on a weekly basis at United. In US currency, it converts to $613,661.

Hence, he is definitely earning a fortune playing for the red devils. He signed a two-year deal in 2021, which will expire in August 2023. United also has the option for a further year, should they decide to trigger it. But that does not appear to be the case

With his contract potentially getting terminated, Ronaldo will miss out on earning almost $19 million. It remains to be seen what Ronaldo’s agent Jorge Mendes comes up with. If Ronaldo decides to counter United’s decision, it will create a legal mess for both sides. There are rumors that Bayern Munich and PSG are interested in signing the legend on a free transfer.

What do you make of the situation? Do you think it will be justified if Manchester United fires Cristiano Ronaldo? Let us know in the comments down below.