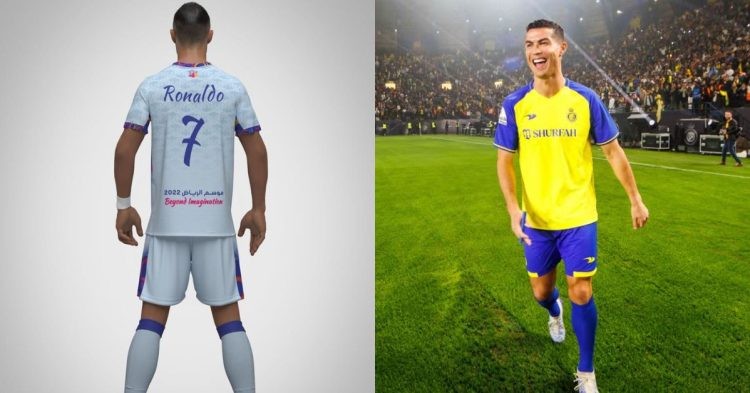 The soccer world was in mayhem when Cristiano Ronaldo signed a bumper deal with Saudi Arabian giants Al-Nassr at the end of 2022. Sources claim that he could earn more than $200 million per year with the club. The Portuguese legend is now the highest-paid player in soccer. He has not made his debut for the club as of now, but Al-Nassr manager Rudi Garcia has announced the date we can expect CR7 on the pitch once again.

Sneak peak from @cristiano to his new home 🤩 pic.twitter.com/tTkVUdQf0G

Garcia told L’Equipe, “It won’t be with the Al Nassr jersey. It will be a mix between Al Hilal and Al-Nassr.” This would be the news that all soccer fans would have wanted to hear. For context, it has been confirmed very recently that PSG will travel to Riyadh to play a combined team of Al Hilal and Al-Nassr. This would mean that Ronaldo and Lionel Messi could play on the same pitch, for what could be one last dance.

When will PSG face a combined team of Al-Nassr and Al Hilal?

According to PSG’s official announcement, the game will take place on January 19, 2023, at the King Fahd Stadium in Riyadh. As Rudi Garcia mentioned, Ronaldo and the rest of the players will be wearing soccer jerseys that will be a mix from both teams.

However, some report that the kit could be white and will not contain either team’s basic colors. Together with that, the jersey will also contain the slogan ‘Beyond Imagination,’ which Saudi Arabia uses. The government has aimed to bring more events to the country from all over the world.

Whatever the case, we can be sure that the game will be one of the most-watched, mainly because of the two GOATs. PSG planned to travel to Riyadh for this game for a couple of years but pandemic restrictions held them back. Now, it will take place and Ronaldo’s transfer to Saudi Arabia will only increase the viewership.

Along with that, Garcia also admitted that he was unhappy about the friendly match. He said, “As the coach of Al Nassr, I cannot be happy with this match. For development, to see PSG, to see the great Parisian players, indeed it is a good thing. But we have a championship game three days later.”

He also claimed that the club aims to win the Saudi Pro League this season. Al-Nassr currently sits on the throne in the league, with a 4-point lead over second-placed Al-Shabab, who also have a game in hand. We can expect Ronaldo to be crucial for the team, as he has been for every team in his career so far. He will be looking to get his career in Saudi off to a good start with a good performance against PSG on January 19.