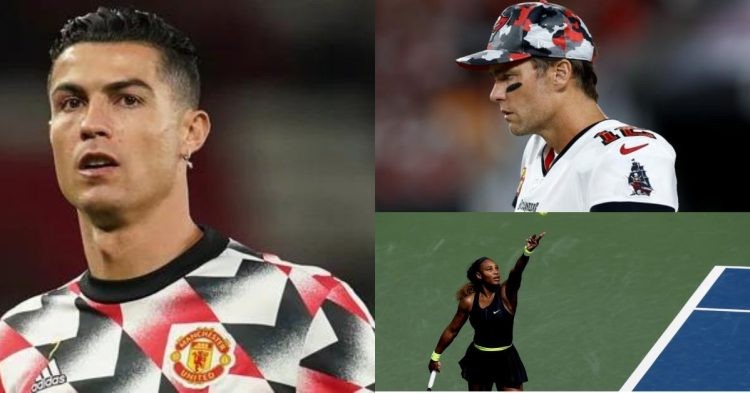 Cristiano Ronaldo is one of the biggest superstars in the world. His reach is far beyond just the soccer world. The Portuguese star has 489 million followers on Instagram and 104 million on Twitter. He is also one of the richest players on the planet.

What are your thoughts on this ranking?

According to SportsPro, he is the most marketable athlete on the planet in 2022. Ronaldo defeated Serena Williams who claimed second place.

What makes Cristiano Ronaldo the most marketable player?

SportsPro’s thirteenth edition of the most marketable players list has been released. These rankings are used by companies to sign players to advertise their brands. SportsPro uses three aspects of marketability to asses a player. These are their brand strength, audience and reach, and economics.

Ronaldo’s brand strength (11.21) is much weaker as compared to Williams (2nd overall with 16.85) and Lewis Hamilton (3rd overall with 20). His audience, reach, and economics on the other hand are ranked the highest. (50 and 30 respectively)

Ronaldo’s achievements for Manchester United, Real Madrid, and Juventus are admirable. He has received a vast and astonishing number of individual awards. He has picked up 5 Ballon d’Ors in his career so far and ranked number 20 in the latest edition despite playing in a struggling Manchester United.

His marketability also increased drastically following his highly anticipated return to Manchester United. It took only one hour for United’s record for “Most shirts sold in a day” to be broken by Cristiano’s iconic number 7 jersey. Ronaldo also became the biggest merchandise-selling player ever in the 24 hours following a transfer to a new team, matching the likes of Lionel Messi, Tom Brady, and LeBron James.

Cristiano Ronaldo is one of the biggest ambassadors for Nike along with LeBron James. He has a lifetime contract with the sports brand. His earnings from the brand alone will ultimately amount to a whopping $1 billion. Apart from Nike, Cristiano also has deals with brands like Herbalife Nutrition, Clear shampoo, Armani, Dazn, and Therabody.

Reports estimate Ronaldo earns around $50 million from brand deals alone. Along with his lucrative Manchester United deal and bonuses, Ronaldo is one of the highest-paid athletes in the world. Reports also state that he earns a huge $1.6 million per Instagram post. This is understandable, considering that he nearly has 600 million followers across Instagram and Twitter.

Islam Makhachev’s UFC Loss: Fighters Who Gave a Lot of Trouble to Makhachev