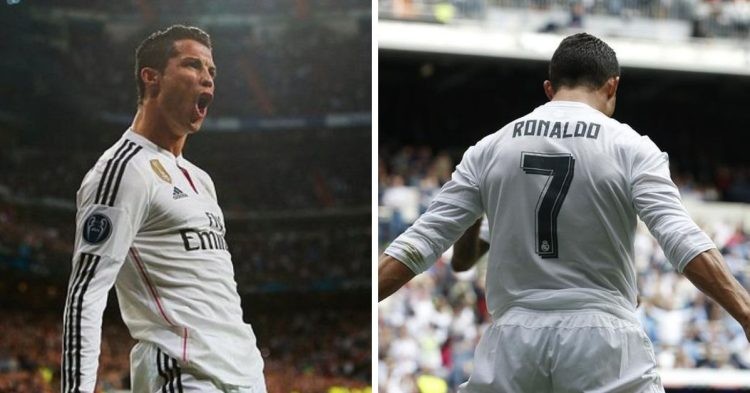 Cristiano Ronaldo is one of the most successful and decorated soccer players of all time. He has won five Ballon d’Or awards, four European Golden Shoes, four Best FIFA Men’s Player awards, and countless club and international titles. He has scored more than 700 career goals for club and country, making him one of the highest-scoring players in the history of the sport.

The legendary 37-year-old Portuguese player is known for his celebratory gesture when he finds the back of the net, consisting of a leap in the air and a spin, accompanied by a loud “Siiuu!” Although he now frequently executes the distinctive celebration, it was American fans who first saw him do the posture.

The five-time Ballon d’Or winner admitted to pulling off the now-iconic move while representing Real Madrid in a friendly match against Chelsea while speaking to the YouTube channel Soccer.com. Ronaldo said: “Well, I was in the US and we played against Chelsea and I don’t know where it came from. I just scored and I went, ‘Sii!’ But it was natural, to be honest.” Ronaldo really scored twice for Real on that day in 2013 as they defeated Chelsea 3-1 to win the International Champions Cup.

Ronaldo’s signature goal celebration is a mid-air pirouette and the Spanish word “si!” often written “siu”, which means “yes!” after he scores. It conveys happiness upon having scored. When Ronaldo leaps and falls, the crowd typically joins him in yelling the word, creating a thunderous sound that reverberates throughout the entire stadium.

In the latter stages of his career, Ronaldo developed the “si!” celebration, which he originally used while playing for Real Madrid. After winning the Ballon d’Or trophy ahead of longtime rival Lionel Messi in 2014, he famously yelled “siiiii!” on stage. The reaction was varied, with many people being perplexed by the outburst.

It seems that the FIFA translator was surprised by it, and several of the attendees, including the manager of Real Madrid at the time, Carlo Ancelotti, could be seen giggling.

It should come as no surprise that Ronaldo’s followers frequently imitate the celebration given how well-liked he is as a player. However, it’s interesting to note that his other professionals have also adopted the action.

Running, jumping, turning while in the air, and finally throwing your hands to the side when you land are the steps required to do Ronaldo’s well-known “siiiii” celebration. In order to display the name on your shirt, you should have your back to the crowd and your legs should be extended wide in a “power stance” when you land. The exclamation “si!” is the celebration’s last flourish once the pirouette is finished.