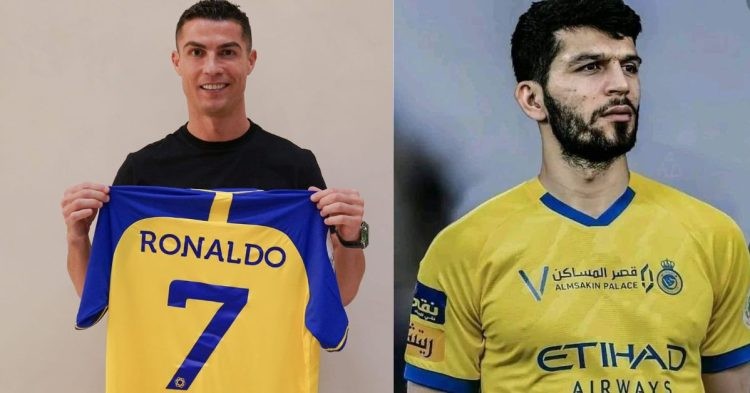 Cristiano Ronaldo has finally ended all the transfer rumors about his future club and tied the knot with Saudi Arabian outfit Al-Nassr. Wherever the Portuguese have played in the past he has always worn the number 7 everywhere. Rumors say that Al-Nassr has terminated the contract of the former number 7 of the club.

Cristiano Ronaldo became a free agent amid the recent World Cup in 2022. His explosive interview, bashing Manchester United while being still contracted to the club, ended in tears. The homecoming of the United’s prodigal hero ended on rather bitter terms. Manchester United terminated the contract to show theirs and the manager’s authority over the club.

The 37-year-old Portuguese had a World Cup campaign to forget as well. A very well-balanced Portuguese team went out in the quarterfinal, in a shock defeat against Morocco. In the knockout stages, Goncalo Ramos replaced the veteran striker in the starting lineup.

Ronaldo’s willingness to play at the top level, especially in the Champions League was a big reason why he wanted to leave United. However, the big-name Champions League clubs were way too reluctant to even go for him. The financial and philosophical risk was too big for the clubs to gamble on the aging forward.

The big-name clubs were always too wary to sign the Portuguese forward, following his unprofessional shenanigans in his former club. However, Al-Nassr was constantly in the veteran striker’s pursuit. The Portuguese finally signed the biggest deal in the history of soccer to join the Saudi Pro League club.

▫️ Agreement valid for two years and half;

▫️ Total salary will be close to €200m per year, but this includes commercial deal.

It’s the biggest salary ever in football. pic.twitter.com/ZnOg8lY6Wb

One of the biggest trademarks of the Portuguese is his number 7 shirt. The only time he didn’t get it was when he moved to Real Madrid from Manchester United in 2009. Raul Gonzalez was the number 7 then and Cristiano had to settle for the empty number 9 for a season. At the tail end of his career, there is no way he will settle for anything other than his number 7 shirt.

Apparently this guy didn’t want to give away his number 7 shirt to Ronaldo so the club terminated his contract 😭😭😭 pic.twitter.com/QtTztAqnUz

The rumor, however, isn’t true at all. The club allotted Jaloliddin Masharipov a new number before Ronaldo’s signing. In mid-December, The 29-year-old Uzbekistan international got 77 as his new number. When the club president Musalli Ai Muammar was asked about the incident he said, “People always like to talk about everything even when it comes to a player’s number on a training ground,” to SSC Sports.

Muammar further added, “I asked the management about the incident, and their response was that he was on his way to Al Ahly in the summer and his shirt number [No.7] was reserved for another player. But the deal did not take place in the end so he occupied a new number instead,” in the context of the Uzbek’s change of number.

Masharipov’s contract termination was nothing but a rumor and he is happily wearing the number 77 for the Saudi Arabian giants.