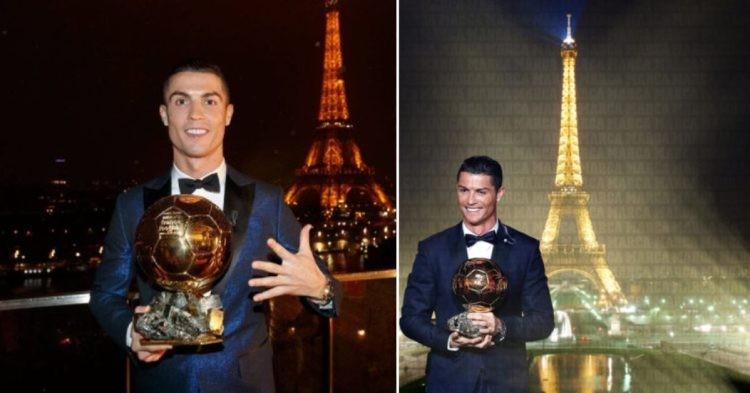 The Eiffel Tower is one of the most recognizable man-made architectural gems in the world. It is the most visited monument in the world, hosting close to 7 million people in 2015. The “monument historique” is located on the Champ de Mars in the French Capital of Paris.

The Iron Lady is not just popular among the general public. It also happens to be one of the favorite spots for many soccer players who either play in France or visit the Schengen country. Over the years, soccer players have been clicked in front of Gustave Eiffel’s creation.

PSG have reportedly booked the Eiffel Tower for the 10th of August.🗼

The last time they booked it was to announce the signing of Neymar Jr. 🕵️#Messi pic.twitter.com/64yHRjy3AK

Paris Saint-Germain is the biggest soccer club in France and is based out of Paris. As such, Nasser Al-Khelaifi‘s club has, over the years, reserved the Eiffel Tower to unveil its blockbuster signings in front of it. In recent years, some of the biggest soccer stars Neymar Jr., Lionel Messi, and Zlatan Ibrahimovic, have been unveiled under the Iron Lady.

Recently, a video surfaced on the social media platform Tik Tok. It led fans to believe that the monument was owned by none other than Cristiano Ronaldo.

What misled the fans into thinking Ronaldo owns the Eiffel Tower?

In the Tik Tok video that went viral, soccer stars aplenty can be seen being clicked in front of the Eiffel Tower. However, the video ends with Cristiano Ronaldo holding the Ballon d’Or atop the 0.186-mile-high monument. The video was uploaded by skilllsfootball.hd, a channel on Tik Tok.

The video shows a comparison between other soccer players versus Cristiano Ronaldo. It reads “Other Soccer Players” while showing pictures of soccer stars being clicked with the Eiffel Tower. This includes Lionel Messi, Zlatan Ibrahimovic, and Thiago Silva, among others. The next slide shows the Al-Nassr star receiving his fifth Ballon d’Or atop the Eiffel Tower in 2017.

Most of the fans who reacted to the clipping commented with Ronaldo’s signature “Siiiiuuuu.” Other fans chose to declare that “Ronaldo owns the Eiffel Tower.” Moreover, a few fans of the Portuguese soccer legend commented, “Ronaldo owns Paris,” citing the 2017/18 match between Real Madrid and PSG. Cristiano Ronaldo scored three goals in that game over two legs in the Champions League.

Cristiano Ronaldo will reportedly receive the Ballon d’Or atop the Eiffel Tower, according to reports in Spain. 🏆 pic.twitter.com/a9o6Liyg4z

Some of the PSG fans commented on the post as well. One such fan replied, “Ronaldo may own the Eiffel Tower but Messi owns the city of Paris.” Neutral fans, on the other hand, who did not want to get caught in the middle of another Messi-Ronaldo debate, commented with: “Zlatan wasn’t at the Eiffel Tower, the Eiffel Tower was at Zlatan.”

This is the reason why some fans were misled into believing that Cristiano Ronaldo owns the French monument. The fact, however, is that he just used the monument to receive his fifth Ballon d’Or. The ownership of the Iron Lady still rests with the Council of Paris.

Zinedine Zidane Rejects USMNT Offer – Why Did He Make This Decision?