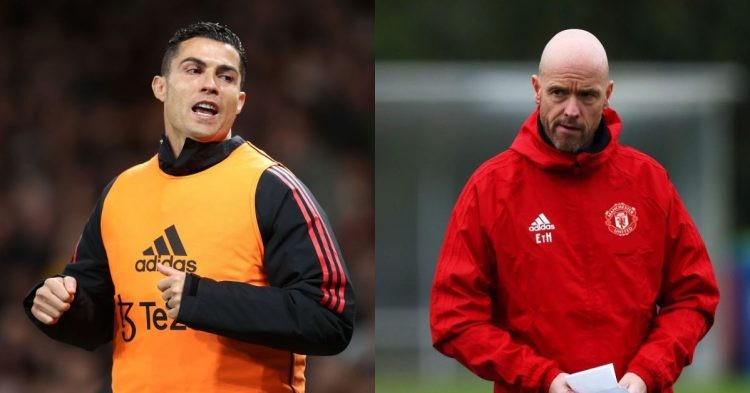 Cristiano Ronaldo is currently not training with the Manchester United first team. The manager, Erik ten Hag, decided to drop Ronaldo for the Premier League game against Chelsea a few days ago. Moreover, he has also isolated the 5x Ballon d’Or winner from first-team training. The reason for that would be the 37-year-old’s decision to leave the game against Tottenham before it even ended.

Since then, ten Hag has publicly revealed that Ronaldo refused to come on as a substitute against Harry Kane and Co. In addition to that, the Dutch manager also mentioned that this wasn’t the first time Ronaldo has left the game early. He added that there had to be consequences even for the legend himself for such decisions.

Since ten Hag decided to leave Ronaldo out of the squad, the latter has publicly responded in a statement. well. However, that didn’t go down too well with fans too as the statement seemed to have only enraged them further. As it is starting to seem more and more likely that Ronaldo might be shown the way out, certain reports have emerged regarding the current situation.

🗞 Erik ten Hag wants to hear whether Ronaldo can countenance not being a starter – should he accept flexibility, he is expected to re-join first-team training. If he rejects it and presses to leave again, ten Hag would allow him to explore finding a new club. [@TheAthleticUK]

According to TheAthletic, ten Hag is only willing to keep Ronaldo at the club if the former Real Madrid star is willing to be a rotation player. For context, that would mean that CR7 will not be playing every game like he is not currently. This would be a difficult situation for both the player and his fans. Mainly because he would want to be on the starting lineup every game.

Man United have received no interest in Cristiano Ronaldo despite making him available on a free transfer since the summer, sources have told ESPN. pic.twitter.com/Hv18rxfXLW

However, Ronaldo might have no other choice but to agree. The reason for that would be as his agent, Jorge Mendes has not been able to find a suitable team for Ronaldo. The player is looking for a club that is in the UCL currently and given his wage demands and age, it would be difficult for him to find a suitable club.

According to various reports, United have received no interest from clubs. That would mean Cristiano Ronaldo would have to accept Erik ten Hag’s demands of not being a starter in the current Manchester United squad.