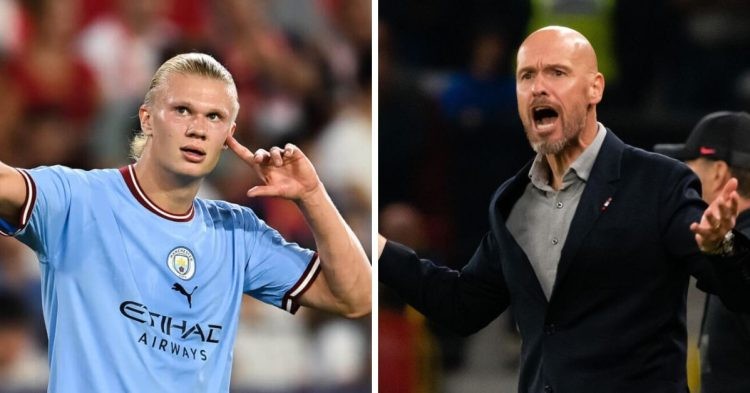 Erik ten Hag is convinced that the derby between his Manchester United team and Manchester City has demonstrated that they can compete for the major titles once more. The last time United lost 6-3 at the Etihad Stadium after being 4-0 down at the break. Nevertheless, since then, they have only been defeated once in 18 matches and have won eight games in a row.

United are just one point behind City in the Premier League standings, which would heighten the importance of their upcoming match against the current league leaders, Arsenal, on January 22. Marcus Rashford netted in his seventh consecutive game, helping Manchester United to an upset victory over Manchester City 2-1.

The first half of the Manchester derby at Old Trafford was close, but Jack Grealish’s goal looked to have given the reigning champions the advantage. However, Bruno Fernandes’ equalizer, which had Rashford standing in an offside position, changed the game’s momentum. Just four minutes later, Rashford scored the winner, handing United a major victory that will no doubt be talked about for some time.

Erik ten Hag: “Stop Haaland? We have two good centre backs, but they need a team that can get the job done, otherwise they can be exposed against someone like Erling Haaland.” [BT] #mufc

Manchester United have been in great form at home lately, having won their last nine matches in all competitions and only letting in four goals in the league at home all season – two of which were in the opening-day loss to Brighton. Their tight defense has been matched with an effective offense, as Marcus Rashford has scored seven times in his last six games.

Erik ten Hag is aware that he needs to adopt a similar strategy to the one which saw his Ajax side become successful in the latter part of the season in order for Manchester United to secure a top-four finish. The Reds’ manager is desperate to qualify for the Champions League in his debut season and knows that this can give him a platform to build on in the future.

The UEFA tournament has a great financial impact, and the United boss is determined to build on the strides taken this summer by investing a hefty £ 225 million into bringing in six new players. ten Hag had a difficult beginning at Old Trafford, but it is apparent that he has taken the losses to Brighton and Brentford as an opportunity to teach himself and help lead the team to their current success.