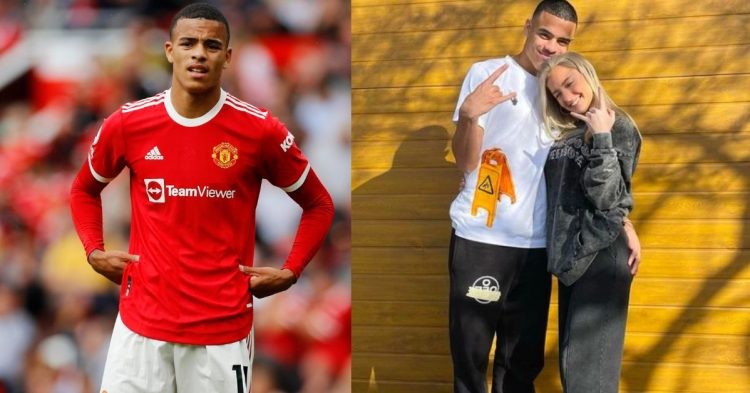 Mason Greenwood, a standout for Manchester United, always had the ability to compete for the top wingers in the world. However, because of his activities, he was expelled from the Red Devils due to an alleged sexual abuse allegation. The 21-year-old was detained in January after a lady shared social media photographs and videos detailing instances of physical abuse.

Lock him up and throw away the key

Harriet Robson, Mason Greenwood‘s girlfriend, accused the player of assaulting her. Harriet Robson shared images and videos of the injuries on Instagram. Additionally, she released audio recordings of their conversation in which the striker is believed to have tried to attack her. Afterward, Greenwood lost his contract with Nike and was suspended from the team.

Should never be allowed to play again

In a recent report, Mason Greenwood and ex-girlfriend Harriet Robson have started following each other on Instagram. It is rumoured that the case will be dropped soon and the player will return to Old Trafford. According to some fresh reports, Mason Greenwood has been arrested for breaching bail conditions imposed on him after his arrest for rape.

What did Manchester United say about Mason Greenwood?

The athlete has been accused of rape for more than nine months, but recently the pair have started following each other again on Instagram, which causes supporters to respond because they anticipate the player returning to the team in the middle of the season. Some fans report that Mason Greenwood and Harriet Robson have been living together for a long time.

It’s not even football he’s ruined, it’s his entire life that he’s ruined and its all his fault

On 15th October, Greenwood has been charged with attempted rape, engaging in controlling and coercive behavior, and assault occasioning actual bodily harm. United officially states; “Manchester United notes that criminal charges have been brought against Mason Greenwood by the Crown Prosecution Service. He remains suspended by the club, pending the outcome of the judicial process.”

You want an abuser on your team?..

It doesn’t matter whether she forgives him or not, he is an abuser. End of discussion. He shouldn’t be playing on any football team, he shouldn’t even be able to get a decent job ever again.

The Greater Manchester police have stated that Mason Greenwood will appear at Manchester and Salford Magistrates’ Court on Monday 17 October 2022. He was arrested earlier on 15th October for contacting with ex-girlfriend Harriet Robson. The Crown Prosecution service also gives a notice stating that there should be no reporting, commentary, or sharing of information online which could bring disturbance to the proceedings.

Physical abuse is something he will have to live with, if found guilty his career with United is absolutely done because there is no way fans will want a criminal in their club

While some fans still criticize the English player, commenting the “gunman” will be back. The player has not yet been found guilty, therefore if the rumours on social media are accurate, Mason Greenwood may return to United’s lineup very soon. 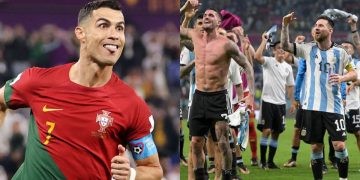