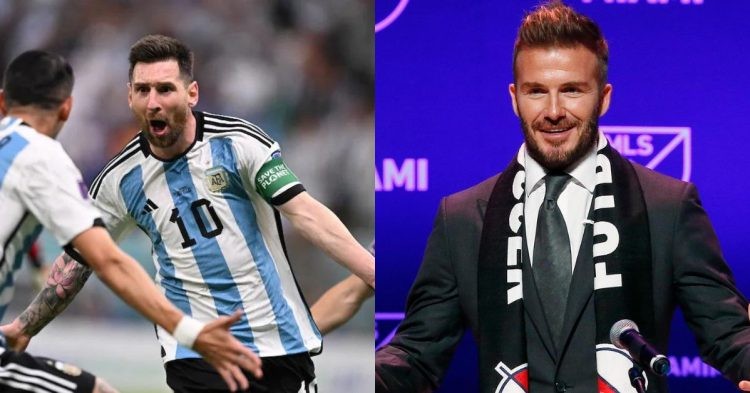 Lionel Messi is currently playing his last World Cup. Messi had scored a penalty in Argentina‘s 2-1 loss to Saudi Arabia in their first match of the tournament. He then scored a wondergoal from outside the box in an all-important clash with Mexico. After their win against Mexico, Argentina now has to face Poland, and a win will put them through.

According to Fabrizio Romano, Messi has only decided on his international career, not his domestic career. Messi announced this World Cup would be his last earlier this season. Messi has scored eight World Cup goals for Argentina, two behind Argentina’s top scorer Batistuta, and level with Maradona.

Romano has been the first to break a lot of news regarding transfers over the past few years. He broke the news of the deals for Erling Haaland and Cristiano Ronaldo as well. In an Instagram post last night, Romano confirmed Messi’s future has not been decided yet, and that he is focused only on winning the World Cup with Argentina.

A report had broken last evening that Messi was very close to reaching an agreement with Inter Miami. This was unlikely since Messi is in Qatar and with his international side. It would be very odd for him to agree on a deal while in Qatar. The report got a lot of attention from fans but was soon shut down by Romano.

“What I can tell you guys now, speaking to people close to Leo Messi, his camp guaranteed that there is no agreement yet with any club, not just Inter Miami. Messi is 100% focused on the World Cup with Argentina and does not want to negotiate with any club right now. He is also aware of the interest of Inter Miami, PSG, and Barcelona and will decide in 2023 not now,” Romano said to his Instagram followers.

How much is Messi’s rumored Inter-Miami deal worth?

The Times had broken the news that Messi had reached an agreement with David Beckham’s MLS side. According to GOAL, the deal will be worth much more than even the highest-paid player in the MLS at the moment. This is ex-Liverpool player Xherdan Shakiri, who earns around $8.15 million a year with Chicago Fire.

The Times report also indicated that Inter Miami is taking other measures to ensure Messi joins the side. They are trying to sign Messi’s old teammates Luis Suarez and Cesc Fabregas. Some speculate Messi could well join the side, and deny PSG and Barcelona, as by joining the MLS side, he would be closer to his home in Argentina.