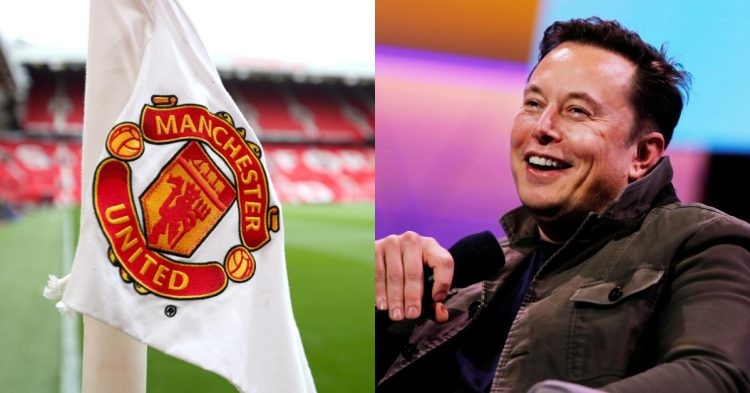 Manchester United is one of the most well-known soccer clubs in the world. Although their luster has faded in the last decade, United still remains a hot topic of discussion amongst the fans. The soccer world is currently enjoying the ongoing FIFA World Cup 2022. But their attention has shifted from international soccer to club soccer, as there are some major developments surrounding the English giants.

United was hit with a major blow after one of its star players, Cristiano Ronaldo publicly humiliated the club. In a controversial interview with UK journalist Piers Morgan, CR7 claimed that the owners of the club were uninterested in improving the decades-old infrastructure. Ronaldo’s comments resonated with the United fans as they wanted the owners to sell the historic club.

Official Manchester United statement to announce that “Company’s Board of Directors is commencing a process to explore strategic alternatives for the club”. 🚨🔴 #MUFC pic.twitter.com/niveL6x3gp

Compared to their local rivals, Manchester City, United has fallen behind significantly in recent years. Once considered to be the gold standard of the sport, the red devils are struggling with their recent form and a decaying stadium. However, it looks like the fans will finally get their wish as an official statement from the club confirms talks of a potential sale in the immediate future!

The Glazer family is putting Manchester United up for sale

Late American business tycoon Malcolm Glazer bought Manchester United in May of 2005. Although the takeover started in 2003, the entire process took over 2 years to complete. According to a report from the BBC, the Glazers bought the club for an estimated £790 million, which is around $1.34 Billion in US currency. But, after 17 years of ownership, they are ready to sell.

Manchester United put out an official statement, where they outlined their strategic directions for the future. It is no secret that United needs a huge amount of money to rebuild its stadium, training facilities, and the squad in general. After spending over $200 million last summer to buy new players, there was a lot of speculation if the club can afford to focus on much-needed renovations or not.

Hence, the owners are looking for new investments in the club. But what got the fans talking, is the confirmation that the Glazers are even open to selling their stocks in the club. Glazers, who also own the NFL franchise, Tampa Bay Buccaneers, have faced a lot of protests recently. Hence, their decision to finally look for a new buyer is very interesting.

The statement from the club added, “As part of this process, the Board will consider all strategic alternatives, including new investment into the club, a sale, or other transactions involving the Company. This will include an assessment of several initiatives to strengthen the club, including stadium and infrastructure redevelopment, and expansion of the club’s commercial operations on a global scale, each in the context of enhancing the long-term success of the club’s men’s, women’s and academy teams, and bringing benefits to fans and other stakeholders.”

While some credible sources are claiming that the club has a price tag of £6 Billion ($7.13 Billion). However, the price tag can even reach up to £9 Billion ($10.69 Billion). Reports are also circulating that the Glazers will most likely sell the club to American investors. But the official statement also clarified that Glazers are just exploring their options and the sale is not a guarantee.

There will be no shortage of buyers for a soccer club of Manchester United’s magnitude. From the Emirates Group to Sir Jim Ratcliff (chief executive officer of Ineos), a lot of parties have been linked to the story. However, there is only one man who the fans want and it is Tesla CEO Elon Musk. Fans have tagged Elon Musk on Twitter and pleaded with him to buy the soccer club.

Elon previously sent the fans into a meltdown down he tweeted that he will indeed buy Man United. But, before the fans got too excited, Elon clarified that it was a joke and he does not want to acquire the sports club. However, he also added that Manchester United is the only club that he will consider buying as he is a childhood fan.

Although, if it were any team, it would be Man U. They were my fav team as a kid.

What are your thoughts on the matter? Do you think the Glazers will ultimately sell the club? If they do, will Elon Musk be a potential buyer? Let us know in the comments down below.