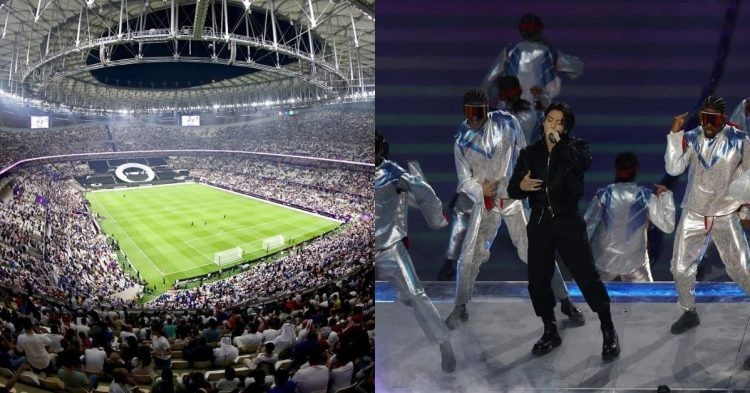 The FIFA World Cup 2022 final is just eight days away. It has been a fascinating watch with many upsets throughout the tournament. While the games may not have been of the highest quality, the entertainment was at a very high level. Big teams like Germany and Spain were knocked out rather timidly and very early in the competition.

ARGENTINA VS. CROATIA FOR A SPOT IN THE WORLD CUP FINAL 🔥 pic.twitter.com/OxU6x2Nu2O

Yesterday’s quarter-final games were gut-wrenching thrillers. Huge heartbreak for Neymar and Brazil saw them lose to a fierce Croatian side after penalties. Argentina and Netherlands’ game also went all the way to penalties after a 101st-minute equalizer by Wout Weghorst. Argentina prevailed over the Dutch, which means they will face Croatia in the first semi-final.

Who is performing at the FIFA World Cup 2022 closing ceremony?

The final of the FIFA World Cup 2022 will take place on December 18, 2022. The day is a national holiday in Qatar. The match is set to kick off at 10 am ET/ 7 am PT, with the closing ceremony expected to begin an hour earlier. FIFA has not released any confirmation regarding the timing of the ceremony, or who will be performing.

The World Cup closing ceremony in Qatar is reportedly going to feature a performance by Davido. pic.twitter.com/5elG738d0A

The only confirmation is that Nigerian music star David Adeleke popularly known as Davido will be performing at the ceremony. Indian actress, dancer, and singer Nora Fatehi is also expected to be performing at the World Cup. BTS’s Jung Kook headlined the opening ceremony which took place before the tournament began on November 20, 2022.

How to watch the FIFA World Cup closing ceremony in the US?

The FIFA World Cup closing ceremony will take place on December 18, 2022, at the Lusail Stadium in Qatar. The 80000-capacity stadium will be ready to host the biggest sporting event on the planet next week. The closing ceremony and match are expected to be broadcasted by the same networks that broadcasted the opening ceremony last month.

BTS confirm Jung Kook will be among the performers at the World Cup’s opening ceremony and feature on the official soundtrack 🎵 pic.twitter.com/cSlxQ2c7IM

On TV, it is expected to be available on Telemundo, Fox Sports 1, SiriusXM FC, and Telemundo Deportes En Vivo. Streaming services will be available on Foxsports.com, FOX Sports App, Peacock, and fuboTV. The first semi-final of the World Cup will take place between Croatia and Argentina. Portugal play Morocco before England play France for the final two places in the semi-finals.