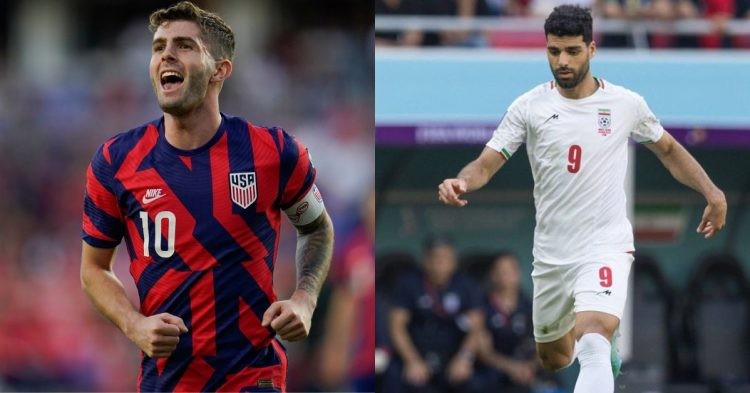 A pivotal matchup between Iran and the USA, who are both vying for a position in the knockout stage, will conclude Group B action of the FIFA World Cup 2022.

Iran snatched a thrilling late 2-0 win against Wales, while the U.S. secured an excellent 0-0 draw against group leaders England the last time out.

Iran’s victory gives them an advantage going into this match, giving them three points to the USA’s two. However, they’ll be optimistic in their attempt to make history by earning their first-ever last-16 position in 2022.

Interested in watching the game? How to watch the action in the US is provided below:

How to watch Iran vs. USA in the US?

The match between Iran and the United States will be televised on FOX, with Spanish broadcasters Telemundo and Universo also broadcasting the action.

Additionally, you may watch the game on a number of authorized streaming services, including YouTube TV, Vidgo, Sling TV, Peacock TV, Fubo TV.

Start time for Iran vs. USA

The qualification situation is still murky going into the decisive game, but Wales would advance if they beat England in Al Rayyan.

With four points, England leads Group B, followed by Iran with three and the United States with two.

As long as Wales loses to England in the second group game on Tuesday night, Iran will advance to the knockout stages with a draw against the United States.

Now IRAN vs USA is the match to watch

Aside the national and political rivalry between these two countries

A win will secure a qualification for either of them🔥🇮🇷🇺🇸
I can’t wait😭😭😂 pic.twitter.com/QFBJFB4Gkk

The team led by Christian Pulisic is aware that they must defeat Iran to advance out of their group and play either the Netherlands, Ecuador, or Senegal in the semi-finals.

Although Iran is ahead of the US in Group B and Queiroz might make history if he advances to the knockout rounds, Berhalter’s team is still favored to win.

The United States dominated England, and they easily could have defeated the Three Lions by a score of 3-1.

They will be looking to build off of their two previous draws and earn a victory to guarantee their spot in the knockout rounds.

The only way to celebrate your third win in World Cup history 🎉 pic.twitter.com/fWuzXBiqw0

Iran performed well against Wales, and two late goals gave them a victory that was crucial. However, the USA may simply be superior in terms of talent. We anticipate the United States defeating Iran 2-1.