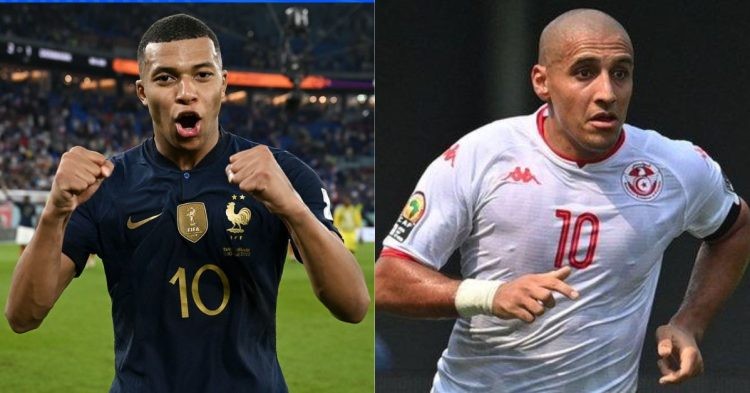 Free-flowing France has a solid chance of winning Group D on Wednesday and is on track to become just the third side to successfully defend its World Cup title.

Eventually, in their opening two matches, the North Africans were held to a 0-0 draw by Denmark and a narrow 1-0 defeat by Australia.

In contrast, France came from behind to defeat Australia 4-1 in the first round and then outclassed Denmark 2-1 with a double from Kylian Mbappe.

France, Brazil and Portugal have all qualified for the last 16 of the World Cup 🏆 pic.twitter.com/bSFr83g5sz

The No. 4 team in the world, France, leads the group with six points after beating Australia and Denmark.

France is the clear favorites to advance as the top team in the group, with a three-point advantage over second-place Australia.

Will you be watching the game? How to watch the action in the US is explained by the following information:

How to watch France vs. Tunisia in the US?

In addition to airing on Fox and Telemundo Deportes, the Tunisia vs. France match will also stream live on Peacock Premium.

What time will France vs. Tunisia start?

The assumption is that Deschamps will rotate his team after winning two straight matches. Meanwhile, France is still going to be far too powerful for Tunisia to handle.

Australia’s first win at a World Cup since 2010 🙌 That was sensational 🦘🇦🇺 #FIFAWorldCup #Qatar2022 pic.twitter.com/SzZD0q3l1G

France could have a little bit of a field day on the counter-attack with their quick, nimble forward players. Meanwhile, the African nation needs to go for the win in this particular match.

The France team has a wealth of quality, so even if the starting XI is slightly rotated, they should have enough to get through this game relatively uninjured and win their third straight group-stage game.

The reservists of France are still a force to be reckoned with. Meanwhile, Tunisia would enjoy their chances against a weaker version of France’s team. Eventually, their goal-scoring difficulties aren’t likely to end any time soon.

France are the first holders since Brazil in 2006 to make it out of their World Cup group 🇫🇷 pic.twitter.com/yuZRReggcn

France is in sensational form right now. They may have secured a spot at the knockout stages but we can expect the 2018 FIFA World Cup champions to win this game comfortably with a score line of 2-0. This is a strong possibility even if they rotate their starting lineup.