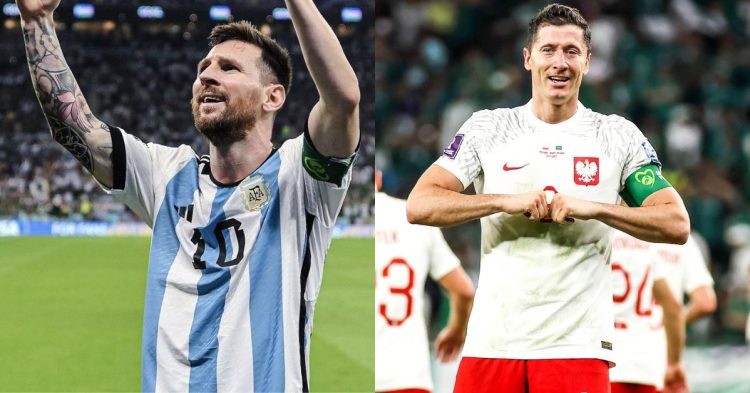 Argentina will be attempting to surpass Poland and go to the round of 16 of the FIFA World Cup 2022 by finishing first in Group C.

With one point separating them from Poland at the top coming into their last group match, the two-time world champions are currently tied with Saudi Arabia on three points.

Lionel Messi, a seven-time winner of the Ballon d’Or award, produced a stunning goal to start his country’s 2-0 victory over Mexico.

A big result for Messi and Argentina 🇦🇷 pic.twitter.com/uBxUDyI9tJ

On the other hand, Poland defeated Saudi Arabia 2-0, ending Robert Lewandowski’s goal drought for Poland in the World Cup.

Depending on the outcome of Saudi Arabia vs. Mexico, a draw might be sufficient for both teams to advance to the knockout stages. However, only a win will guarantee that either team advances as the group’s victor to the Round of 16.

How to watch Poland vs. Argentina in the US?

Along with Spanish-language networks Telemundo and Universo Now, the Poland vs. Argentina match will be televised on FOX in English.

If you’d like, you may also watch the game on several authorized streaming services, including YouTube TV, Vidgo, Sling TV, Peacock TV, and Fubo TV.

What time will Poland vs. Argentina start?

After a terrifying scare in the first game, Lionel Messi revived their World Cup chances the last time out.

They now need to finish the job against Poland to advance out of Group C and start a journey in the knockout stage that many anticipate will end at or near the final.

“The team is much calmer now, in a sport like this, we know every game is important, we won the last game and that was the key. We are ready to play out our hearts against Poland”#FIFAWorldCup 🇦🇷💪🏿 pic.twitter.com/D8u1nuTzZ5

Argentina have had their struggles this year at the World Cup. It all started with a loss to Saudi Arabia, one that almost no one had expected. Then came the game against Mexico, one that the soccer world expected Argentina to win comfortably. The main reason for this would be their star-studded team. However, they have been facing issues to break down opposition who depend on counter attacks.

Argentina are currently sitting in 2nd place in Group D. As we all know, their biggest priority would be making past the group stages. However, it seems like Saudi Arabia are close behind as well. The Asian country also has 3 points, but with a goal difference of -1. This means they would have to beat Mexico by two or more goals to qualify, if Argentina lose to Poland by one goal.

Argentina has to hold Lewandowski back from scoring. And it seems like Manchester United’s Lisandro Martinez will be aiming to do just that. Apart from keeping Poland at bay, they would also have to hope for some luck from the Saudi Arabia-Mexico game.

The game against Lewandowski’s Poland might be tough for Messi and Co, especially since they need just a draw to go through. We can expect Poland to sit deep and wait for Argentina to attack. With that said, Messi would have to lead his side to a win today, and we can expect them to do so with a score line of 2-1.