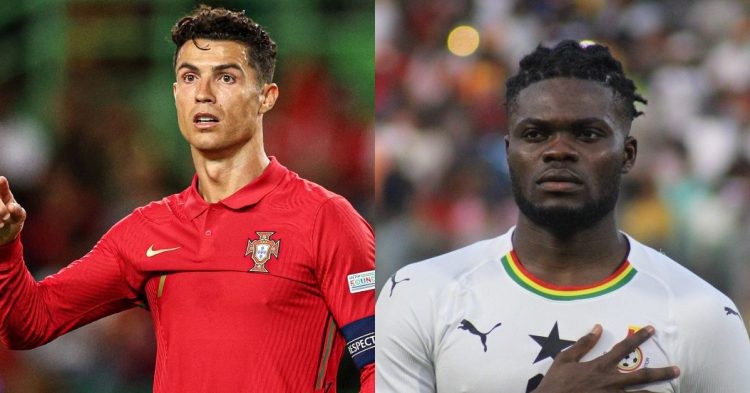 As the 2022 FIFA World Cup continues, Ghana and Portugal lock horns in the Group H fixture at Stadium 974 on Thursday.

These two sides also clashed in the group stages of the 2014 tournament, with Portugal triumphing 2-1 thanks to a late goal from Cristiano Ronaldo.

Ghana manager Otto Addo has no injury concerns heading into the Group H opener. Ghana topped its group in the World Cup qualifiers and is one of the best teams in Africa at the moment.

The West African giants eased past Switzerland in their previous game-winning 2-0 and will look to achieve a similar result this week.

Despite missing the trio of Diago Jota, Pedro Neto, and Ricardo Periera, Portugal still has one of the most well-rounded squads at the World Cup with the intent of going far in the competition. The Selecao thrashed Nigeria 4-0 last week and are well-placed to top their group.

How to watch Portugal vs. Ghana in the US?

The match between Portugal and Ghana for the Qatar 2022 World Cup will be broadcast in the US on fuboTV, which offers a seven-day free trial and packages, and on PeacockTV.

You can also watch it on UFORIA App, SiriusXM FC, FOX Network, FOX Sports App, and Foxsports.com. In case you miss the match, you can also catch the highlights uploaded by FIFA on their official YouTube channel.

What time will Portugal vs. Ghana start?

Despite their status as an iconic footballing nation, Portugal has only ever progressed to the semi-finals of the World Cup on two occasions and failed to go beyond the last 16 in four of their last five tournaments.

The Selecao bowed out in the last 16 to fellow Group H rivals Uruguay, four years ago and have only posted three wins from their last 11 matches at the World Cup. Bernardo Silva and Ronaldo are expected to start, leaving the likes of Joao Felix, Rafael Leao, Otavio, and Andre Silva to battle for the final spot in the attack.

Santos’s men have failed to win any of their last three opening matches on the biggest international stage, but Ghana must lace up their best shooting boots if they are to breach a defense that has only conceded two goals in their last seven games.

Ghana are the lowest-ranked nation participating in this year’s World Cup at 61st.

They have ranked 37th ahead of their last World Cup appearance in 2014. #FIFAWorldCup pic.twitter.com/2EQAIsefSN

The disappointing exit in 2014 – bowing out without a win to their name, Ghana also failed to prevail in any of their three Africa Cup of Nations matches earlier this year before Otto Addo took over as their new head coach.

Ghana can pull off upsets and has previously stunned the World Cup’s big names. Following a brief absence from the World Cup in 2018, Ghana is now back and already dreaming of sweet revenge in Group H, with Uruguayan villain Luis Suarez lying in wait.

📱TECNO Mobile presents Camon19 Series to #BlackStars players as a sign of motivation ahead of Portugal clash.

The likes of Thomas Partey, Kamaldeen Sulemana, and Alexander Djiku will all expect to come back, whereas Andre Ayew and Jordan Ayew both featured from the first whistle in the friendly.

This has all the makings of a sticky opening match for Portugal, with Ghana tough to crack defensively and possessing plenty of youthful talent in the final third.

The Selecao fans should not expect their side to stroll to victory in Doha, but with so many talented attacking options at their disposal, Portugal seems to be the favorite to win and get off to the perfect start.