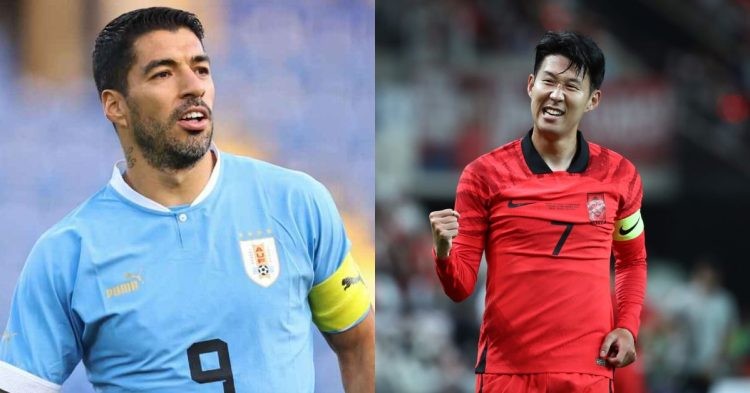 Uruguay starts its FIFA World Cup 2022 campaign against South Korea in the opening match of Group H. The La Celeste will be the favorites to win this group and qualify for the knockout stages.

The South American team last year was undefeated in the group stage. Unfortunately, they lost to the champions France in the knockout stage.

Meanwhile, South Korea couldn’t qualify for the knockout stages four years ago. However, they defeated the defending champions Germany 2-0 to knock them out in the group stages of the last campaign.

Uruguay will be aware of the fact that the game against South Korea will not be an easy one. As we have already seen, the Asian teams this season are on the Odyssey of massive upsets.

First, title contender Argentina lost to Saudi Arabia, and then Japan defeated Germany. So, South Korea may not be far down this list, but do they possess the quality and mindset in their squad?

Both of these teams will bet on their ability to get off to a fast start and attempt to advance to the knockout stage.

How to watch Uruguay vs. South Korea in the US?

Viewers can stream both FS1 and Telemundo on fuboTV, allowing viewers to watch their respective coverage in both English and Spanish.

What time will Uruguay vs. South Korea start?

In South American qualifying, Uruguay finished third behind Brazil and Argentina. Head coach Diego Alonso has a team that is loaded with talent and technical expertise.

The two-time World Cup champions, who advanced to the quarterfinals in Russia four years ago, enter the competition in excellent form. The La Celeste have won seven of their first nine games of the current year under Alonso.

South Korea sailed through qualification with Son shining, but their recent World Cup record is dismal. The Korean side has failed to qualify for the knockout stages for two consecutive campaigns.

La Celeste’s mix of youth and experience will be enough to win their opening encounter. The two-time World Cup champions are the favorites to advance to the knockout rounds.

Winners of the first-ever #FIFAWorldCup are in town 🇺🇾@Uruguay | #Qatar2022 pic.twitter.com/20RiufYpkp

We predict Uruguay to win 3-1 in this match. The attacking threat that Uruguay possesses will be a lot for the backline of South Korea.

Meanwhile, the fast Korean attackers will look to exploit the aging backline of the La Celeste. As a result, no clean sheet for Uruguay in this game.