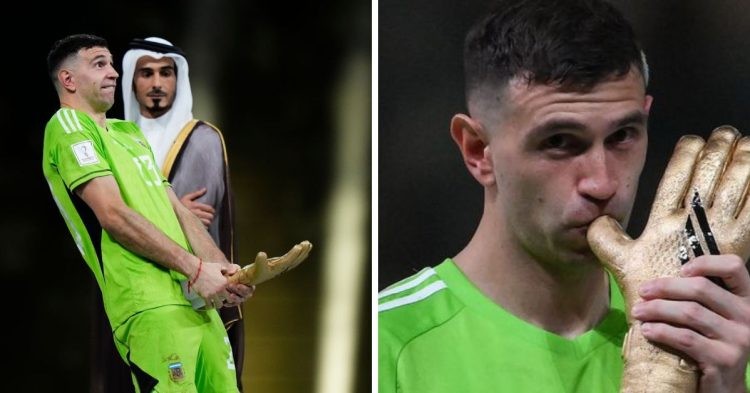 FIFA has declared that they are launching an inquiry into the activities of the Argentina Football Association with respect to the behavior of their players and staff at the World Cup Final. In December at the Lusail Stadium in Qatar, Argentina triumphed over France with a 3-3 draw in a thrilling penalty shoot-out. Emiliano Martinez, the goalkeeper, blocked Kingsley Coman’s penalty attempt, and Aurelien Tchouameni was unable to convert his penalty kick as Emi Martinez distracted him.

The thrilling game had some heated moments leading up to and after the penalties were taken, with Martinez’s behavior after the win being heavily criticized. It’s been close to a month since Argentina won the game, and more consequences may be coming.

🚨 FIFA have opened proceedings against Argentina following events during the World Cup final.

A violation of Article 11 (offensive behaviour and violation of the principles of fair play) could be held against Emiliano Martinez. 🇦🇷

“The FIFA Disciplinary Committee has opened proceedings against the Argentinian Football Association due to potential breaches of articles 11 (Offensive behavior and violations of the principles of fair play) and 12 (Misconduct of players and officials) of the FIFA Disciplinary Code, as well as of article 44 of the FIFA World Cup Qatar 2022  Regulations in conjunction with the Media and Marketing Regulations for the FIFA World Cup Qatar 2022, during Argentina v. France FIFA World Cup final,” a statement from FIFA reads.

Pictures of the Argentina team’s jubilation quickly spread online after they secured their third championship. Images of Martinez receiving the Golden Glove honor became particularly popular. The Aston Villa goalkeeper was snapped multiple times appearing to jibe at the loss of Kylian Mbappe, who notched a hat-trick and converted his penalty kick in the penalty shoot-out.

He was spotted carrying a doll with the forward’s face attached to it and asked for a moment of hush in the locker room post-game to remember Mbappe.

The news quickly spread across social media and fans were quick to share their thoughts on the matter. On Twitter, many expressed their disbelief that Martinez could be facing disciplinary action for his actions. Others argued that the punishment was fair and argued that the game needs to be respected by all players, regardless of their status.

The player’s antics were seen as an insult to both his team and the fans, and one fan angrily wrote on Twitter “Finally they arrest this Disrespectful fraud” The incident has caused an uproar among fans and many have accused Martinez of being disrespectful and arrogant.

Finally they arrest this disrespectful fraud.

I knew from here he will definitely be in trouble 😁

I still can’t believe he did that on national television

They think we care pic.twitter.com/1Whu7Xub9p

His medal should be collected

Overall, the reaction to Martinez’s charge has been largely supportive of the Argentine goalkeeper. While most people agree that he should have shown more respect to other players, many feel that a punishment will be too harsh. As the case moves forward, it will be interesting to see how FIFA ultimately decides to proceed.