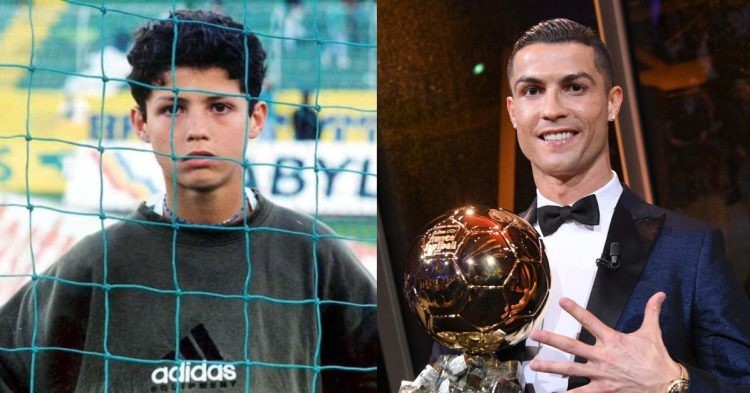 Cristiano Ronaldo has been a pioneer in the world of soccer. Ronaldo, along with Lionel Messi, has been dominating soccer for almost two decades. Although the Portuguese veteran is reaching the end of his career, Ronaldo still has plenty of soccer left in his legs. Recently, a fan made a video of Cristiano Ronaldo’s evolution, which was gone viral on the Internet.

Ronaldo started his soccer career at the Portuguese club, Sporting Lisbon, in 2002. Over the years, Ronaldo has played for some of the biggest clubs in the world and has won a multitude of trophies. Ronaldo has played for Manchester United, Real Madrid, and Juventus, and has scored hundreds of goals for them. The Portuguese talisman has also enjoyed a successful international career as well, having scored 118 goals for Portugal. Recently, he joined the Saudi Arabian club, Al-Nassr.

Over his illustrious career, Ronaldo’s evolution as a soccer player has been impressive, which has aided in increasing the longevity of his career. Ronaldo during his Sporting Lisbon days was a tall yet skinny, and hugely skillful winger. After his move to Manchester United, Ronaldo started to develop his physique, acquiring a more muscular figure. At that time, Ronaldo still played as a left winger, sometimes even as a midfielder.

Young Ronaldo in Man Utd was so stylish, slick and smooth. https://t.co/0jrEugmfnW

However, after 2014, when Ronaldo suffered from patellar tendinitis in his knee, Ronaldo developed into a full-fledged center-forward. According to beIN Sports, in a Marca interview, Ronaldo talked about his positional evolution. He said, “I’m different now, I’m more a penalty-box player, not so much on the wing, because you score more goals from there so I changed my position slightly.” Ronaldo’s evolution has certainly reaped rewards, as he has scored over 800 goals in his career.

Fans react to Cristiano Ronaldo’s evolution as a soccer player

That made me sad, thx Ronaldo ❤️

It’s certainly sad for soccer fans as an era of the sport, which has been dominated by Cristiano Ronaldo and Lionel Messi, is slowly coming to an end. Although both Ronaldo and Messi, aged 37 and 35 respectively, haven’t yet announced any plans for their retirement. However, soccer fans are not yet ready to witness the day when the two GOATs finally call it a day.