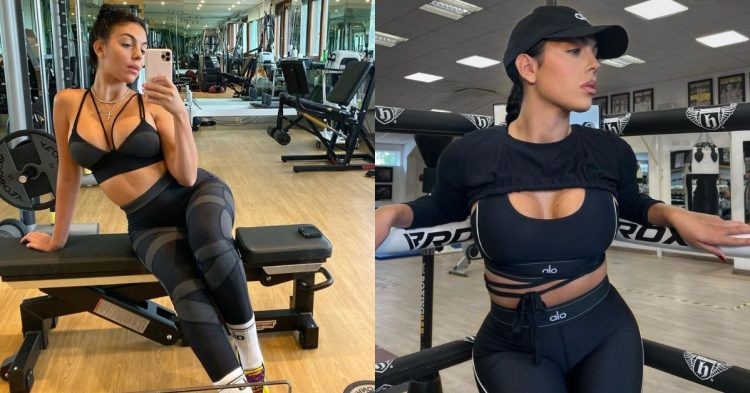 As we all know, Cristiano Ronaldo has been in the headlines for Manchester United in recent times. Georgina Rodriguez has somewhat overshadowed Cristiano in the last few days.

Yeah, you heard right, because Georgina has been secretly training with an MMA fighter to tantalize the fans of her martial arts. She will demonstrate her talent for martial arts next month for the FIFA World Cup 2022 in Qatar.

According to The Sun, it has been speculated that Georgina will accompany her partner Cristiano Ronaldo to his final World Cup. However, she has been taking “private lessons” from prolific MMA fighter Lincoln Strong at their Cheshire mansion.

We all know that Georgina will be featured in the second series of Netflix special “I am Georgina”, which will be out next year, but a tentative date hasn’t been made official till now.

The model and influencer who admires ballet and regularly posts her videos on social media are set for a new challenge. She seemed to be keeping her new passion hidden and unnoticed by her fans.

A fan commented, “She is one of the most underrated female athletes. The way she trains and tries to be fit always—ballet, now martial arts. Wow!!”

A second said, “So excited to see Georgina in a new genre. She has always been so versatile. Now she will perform martial arts in the World Cup. I can’t wait to see her.”

A third one added, “Georgina is learning martial arts privately. We will get to see a lot of her new passion in her new documentary. I hope it’s worth the wait.”

Georgina Rodriguez is 'being trained by an MMA fighter' and will show off her skills on Netflix https://t.co/MhN77yAdxE pic.twitter.com/DqBuXSPvNS

The last one concluded, “Cristiano Ronaldo and Georgina Rodriguez will both be in action in the World Cup next month in Qatar. The duo will be magical.”

How did Cristiano Ronaldo meet Georgina?

It has been speculated that Georgina lived in a cramped, shared house. She worked as a shop girl before she met the love of her life, Cristiano Ronaldo. The Spanish model often describes this moment as “one of the best parts of her life.”

The encounter transformed her life completely. Now she enjoys a completely different life as compared to the previous one. Ronaldo and Georgina have been one of the most glamorous couples in recent times.

Cristiano Ronaldo recollects that he met Georgina in a Gucci store a long time back when she used to work as a sales assistant in that shop. Ronaldo elucidates that it’s his mom’s ultimate desire that they both get married, and she wants to see Ronaldo and Georgina walking down that aisle.

In an interview, Ronaldo said, “She helped me so much. Of course, I’m in love with her.” “We’ll be [married] one day, for sure.” he said.

“It’s my mum’s dream as well. So, one day, why not? It’s great. She’s my friend. We have conversations. I open my heart to her, and she opens her heart to me. “