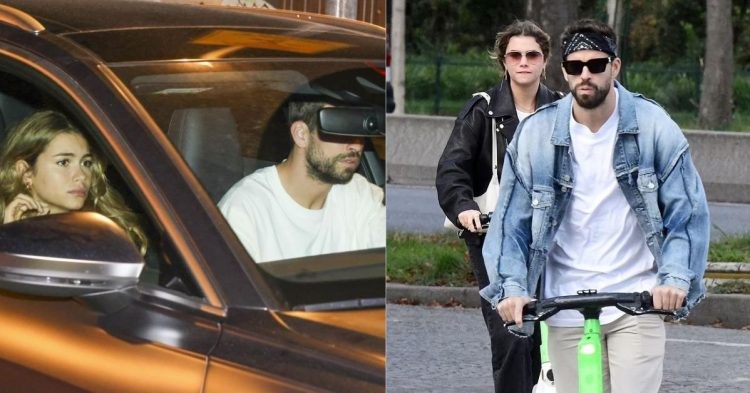 Gerard Pique has been in the headlines for most of this year. The main reason for that would be his public breakup with Colombian pop star Shakira. For those who don’t know, the pair split up after 10 years of relationship. They had two children, Sasha and Milan. However, it seems like many are pointing the finger at Clara Chia Marti for their split.

According to various rumors that have emerged, Pique cheated on Shakira. He decided to have another relationship with Clara Chia, who is a student. The sources say that Shakira decided that it was finally over between her and the Barcelona star after she found out about his unfaithful activities.

Moreover, another reason why Pique has been under the spotlight would be the fact that he announced his retirement from professional soccer this season. It is quite surprising that he chose to retire in the middle of the season. However, it seems like he wants to take the next step in his life and career. However, he could not play his last game as the referee sent him off even before he came on.

Is Clara Chia Marti unable to handle the pressure from the media?

According to Univison, Gerard Pique and Clara Chia Marti attended a public event together recently. The report mentions that the former Barcelona star had a business event and meeting at the place. It is said that Pique wanted his new girlfriend there when a step forward in his corporate career.

However, what caught the attention of the press was that when Pique was leaving the event, Clara Chia was nowhere to be seen. It is speculated that Clara Chia could not deal with the pressure from the media.

In addition to that, Univision has mentioned that Pique is reportedly undergoing medical treatment. He is receiving assistance from the medical industry. The reason for that would be because he has been facing the Spanish media and it seems like that has taken a toll on him.

Moreover, cameras spotted Pique and Clara together in public for the first time during the event. However, many did not expect the 2010 World Cup winner to leave his new girlfriend alone when he left the place.