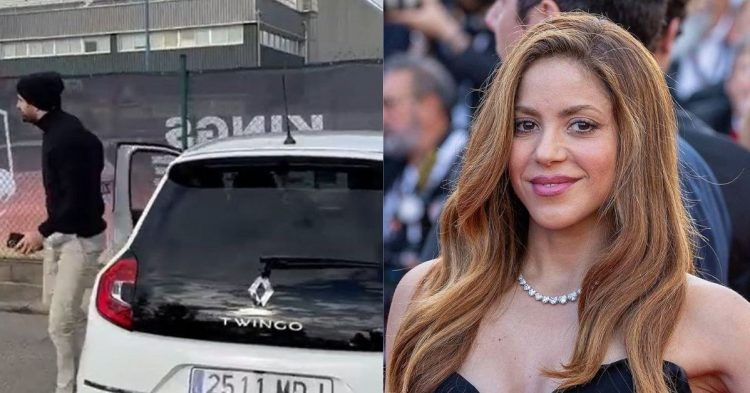 On Sunday, Gerard Pique arrived at his 7-a-side soccer competition, the King’s League, in a Renault Twingo. Pique has added the cheap $9,000 car to his collection which is worth almost $1 million. This move is a response to Shakira, his ex and mother of his two children.

Shakira made a diss track with Argentine rapper and producer Bizarrap in which she mentioned certain things which made Pique go out and buy a Renault Twingo. Not only that, but Pique also announced that he will reach a personal sponsorship agreement with Renault.

Pique and Shakira have been sending each other indirect messages since the couple split earlier in 2022. They have gone through an ugly separation and continue to make life difficult for each other with their antics.

What did Shakira do to make Gerard Pique buy a Twingo?

In her first track of the year called “BZRP Music Session #53,” Shakira collaborated with Bizarrap and slammed Pique. She even threw jabs at the Spaniard’s new girlfriend Clara Chia Marti.

Some of the verses, translated into English, sound like direct hits on her ex Pique. “I’m not getting back with you, don’t cry for me, nor beg me/ I understood that it’s not my fault that they criticize you/I only make music, sorry that it bothers you,” Shakira sings.

She made a reference to Ferrari and Twingo in her song which made Pique take the bold step of buying one. She sang, “You traded a Ferrari for a Twingo. You traded a Rolex for a Casio. You’re going fast, slow down. Lots of time at the gym, but your brain needs a little work too.”

.@bizarrap and @shakira‘s “Shakira || BZRP Music Sessions #53” has reached 100 MILLION views in less than three days! This the fastest Latin song to reach this milestone. pic.twitter.com/tkCps2No7y

The music video released on YouTube reached milestones in no time. It reached around 60 million views within 24 hours of its release. In less than three days, it also became the fastest Latin song to surpass 100 million views in YouTube history.

Pique hit back at Shakira when he appeared on Twitch and while talking about his 7-a-side contest, the Spaniard looked at his wrist and noted that he was wearing a Casio watch. He said that it would last him a lifetime.

Former Barcelona defender Pique is a car collector just like many other soccer players. His garage is filled with some fantastic cars that cost a fortune. His costliest and most prized possession is the Porche 911 Turbo S, worth around $216,000.