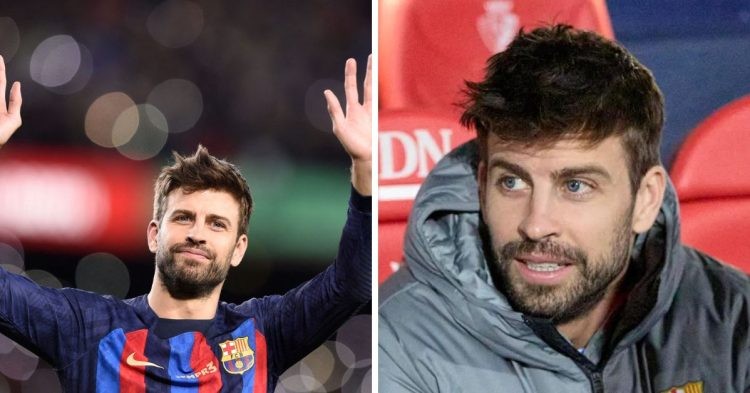 Gerard Pique’s company, Kosmos, negotiated a deal for the Spanish Super Cup which allowed him to make more money from the competition than both Barcelona and Real Madrid did. This new format replaced the traditional face-off between the La Liga and Copa del Rey champions.

Since January 2020, the Super Cup has incorporated four teams instead of two, with three of the last four tournaments taking place in Saudi Arabia. A six-year agreement was arranged with the help of Pique, who helped to negotiate it with Luis Rubiales, the president of the Spanish Football Federation (RFEF).

The RFEF (Royal Spanish Football Federation) reportedly obtained $40 million from Saudi Arabia, while Barcelona and Real Madrid, the finalists of the event, each got $3.2 million. Valencia was paid $2.7 million and Real Betis, the Copa del Rey champions, obtained $809,471.

In addition, the firm owned by Pique received $4.3 million for their services. After subtracting these expenses, $23.7 million remained to be redistributed within the Spanish football industry. This sum amounts to $20 million.

In October, it was reported that a rule was going to be implemented to forbid any active players from having any type of professional relationship with a tournament they could potentially be a part of. In 2023, Barcelona was triumphant against Real Madrid, with a 3-1 victory, marking the first time they had taken the title since 2018.

How much did Barcelona make after winning the Spanish Super Cup?

Real Madrid and Barcelona each have been awarded $6.4 million for participating in the Riyadh tournament, while Valencia received $2.7 million and Real Betis only $809,471. This has nothing to do with the teams’ performance in the tournament, but solely for taking part. Valencia had previously lodged a complaint with the RFEF in 2020, criticizing the inequitable distribution of prize money.

Barcelona back on top 😈 pic.twitter.com/NuNYI6U3OZ

Barcelona won the Spanish Super Cup and was awarded $2 million in prize money, while the second-place team received $1 million. The remaining revenue from the tournament, which was estimated at $23.8 million, will be used by the Spanish Football Federation (RFEF) to fund grassroots soccer in the country, with $20 million designated for this purpose.

Barcelona triumphed in the Spanish Super Cup for the first time since the competition was changed and relocated to Saudi Arabia following a 3-1 success against Real Madrid.

Robert Lewandowski, Gavi and Pedri all netted a goal at King Fahd Stadium in Riyadh on Sunday. Making it the club’s first Super Cup win since 2018 and the first since the tournament’s Final-Four format began in 2020 as part of a lucrative agreement between the Spanish football federation.