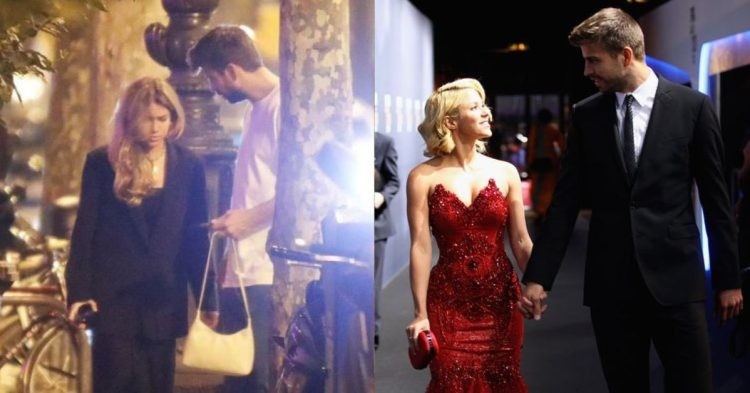 Gerard Pique and Shakira‘s relationship and break up have been well documented by the media. A lot has gone on since the two announced their split earlier this year. Pique has retired from Barcelona and now reportedly lives with Clara Chia Marti in a penthouse in Barcelona. Shakira won custody of their two children and is moving to Miami in the new year.

Shakira is moving to Miami with her kids after split from Gerard Pique. pic.twitter.com/EISJrD3pkG

The two have also decided to sell their family home for $14 million, where Pique was supposed to move in after Shakira left for Miami. Amongst all this, new reports have emerged that Pique and Clara Chia’s relationship might be coming to an end. The news has led to reports suggesting Pique and Shakira might be getting back together again.

Why are things turning sour between Clara Chia Marti and Gerard Pique?

Clara Chia Marti works at Pique’s company Kosmos. Pique started dating the 23-year-old PR student around the summer of this year. Since then, their relationship has been followed closely by Spanish media. The signs were visible that Clara Chia could not handle this pressure as she was absent from work for a few days, as reported by Jordi Martin.

Pique has also been busy dealing with the custodial agreements for his children. While Shakira, Sasha, and Milan will move to Miami, Pique will be allowed visiting rights. In the recent month, Pique has been seen spending more time with his family – his children and mother. Pique and Clara Chia have been photographed much less often than before.

Clara Chia was supposedly upset with the media following her and Pique at the beginning of the relationship. The Spanish media have not relented in their pursuit of the couple. A report from them also stated that Pique was seen wiping off Clara Chia’s kiss.

Is Pique going back to Shakira?

The report from MARCA indicated Pique is spending more time with Shakira than before. But this is due to the two having to sort out the custodial agreement for their children. Pique has been more involved in spending time with his children and mother, and has remained distant from both Shakira and Clara Chia. There are currently no reports that could indicate Pique going back to Shakira.

Shakira: “When I started dating Pique before the World Cup 2010 he told me he’s gonna win this World Cup so he can see me in the final and then we will have a kid so we can bring him to the next world cup in Brazil 2014.” pic.twitter.com/b2fz72zS65

But there are indications that Pique and Clara Chia’s relationship could be ending. The media pressure and reported favoritism she receives at Pique’s company Kosmos seems to have annoyed Clara Chia. Pique is also spending more time with his family than with her. Their relationship, which started earlier this year, could well be coming to an end.