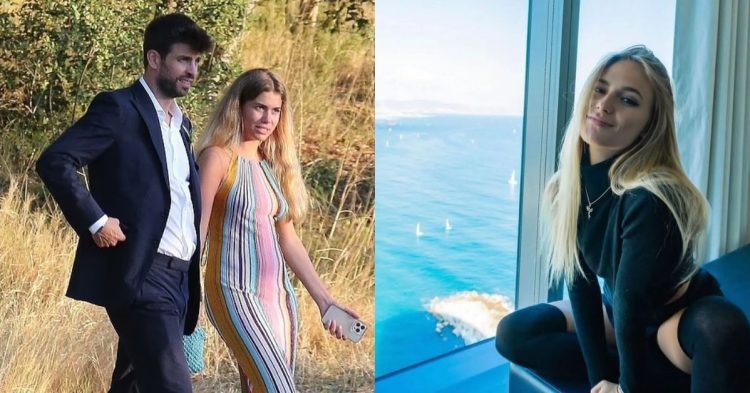 Gerard Pique has been under the spotlight for a while. Apart from the fact that he played for Barcelona, the fact that he was in a relationship with world-famous pop star Shakira was also a factor that contributed to his popularity. The pair announced that they were splitting earlier this year.

In June, reports emerged mentioning that Pique had cheated on Shakira with Clara Chia Marti. The world did not know who she was at the time. However, many found her social media accounts and tagged her in images of the couple taken by photographers.

That prompted Chia Marti to delete all her social media profiles and go under the radar. It seemed like she did not want to be in the public eye. After all, cameras have been following Pique and Shakira ever since they made the announcement. A huge example of that would be when Pique and Chia Marti were seen together after his last game with Barcelona a couple of days ago.

Clara Chia Marti made the decision to come back to Instagram, but kept her profile private. It did not take long for the fans to figure out which account was hers. It is safe to say Gerard Pique himself led them to it. Right after she made a new account, Pique followed her on Instagram. Fans quickly got on to that and found out that it was Chia Maruti’s new Instagram account from his following list.

The pair have been spotted in public on multiple occasions. It surely would have been a rollercoaster ride for both Pique and Chia Marti if they wanted to keep their relationship private.

After Pique played his last game for Barca earlier this week, reports emerged mentioning that Shakira and the former United defender were close to reaching an agreement regarding their split. We still do not know if Pique and Chia Marti will go public with their relationship after months of keeping it under wraps.