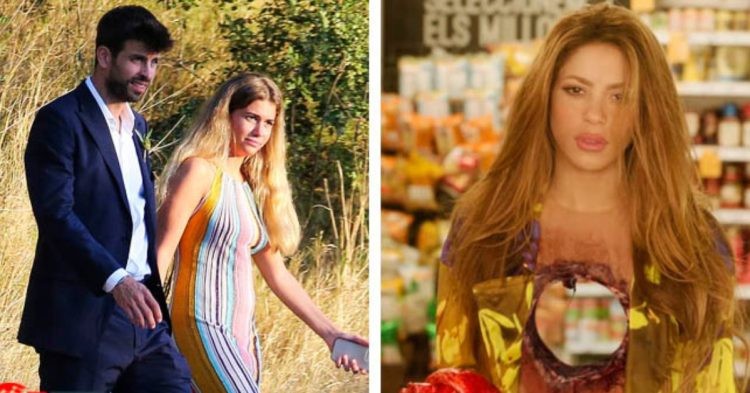 The Gerard Pique and Shakira saga is still going on. Every day we find something new in the headlines relating to the couple, which hasn’t been heard till now.

As we all know, Gerard Pique was caught cheating on his girlfriend, with whom he had been in a relationship for more than 12 years.

Gerard Pique has been in the headlines for his on-field actions as well as off-field actions. His current club, FC Barcelona, has been relegated to the Europa League for consecutive seasons now.

Also, there has been speculation that Gerard Pique will leave FC Barcelona in this transfer window or at the end of this season. His catastrophic defensive performances are no longer needed for the Catalans.

Everything so far on the field has gone wrong for Gerard Pique this season. However, off the field, it’s up to him to do what he has in his mind and what he does.

He was found cheating on Shakira with Clara Chia Marti, whom he has been dating since February 2022. There have been rumors that Gerard Pique was still in a relationship with his girlfriend Shakira when he started dating Clara.

Gerard Pique admitted that he cheated on Shakira

Earlier, there were rumors that the couple was dating after Gerard Pique and Clara Chia Marti were spotted together on multiple occasions. However, it’s only now that the duo has officially confirmed their relationship.

Headlines🤣😂 Gerard Pique the SUGAR DADDY✅ he might just marry her to prove he is in love 🤣😂 Clara should intern at Zara😂🤣😂🤣 pic.twitter.com/b0YltblFcq

In an interview, Adriana Dorronsoro said, “Pique and his current girlfriend have been together since the beginning of February. Shakira was aware of the footballer’s infidelities.”

Furthermore, she added, “She saw that he was having romantic dates with this new girl, that he brought her to his company, and that he had become infatuated with her. That’s why she decided to break up with Pique. This girl was the cause of the end of their relationship. “

According to a Spanish journalist, the Colombian Star gave Pique a second chance after discovering his infidelity. But when Clara discovered this news, she went crazy. She hooked up with another guy to turn Pique in his favor.

According to the journalist, “She (Clara Chia) felt bad and hooked up with a guy, and when Pique found out, he got itchy and resumed the relationship. They have also been planning to have a kid now, as Gerard Pique wants to start things all over again with his new girlfriend (Clara).”

However, a source close to Gerard Pique has elucidated that the Barcelona player has already ended his relationship with Shakira. He was single when Clara came into his life, so they decided to engage in a relationship. There was no infidelity.