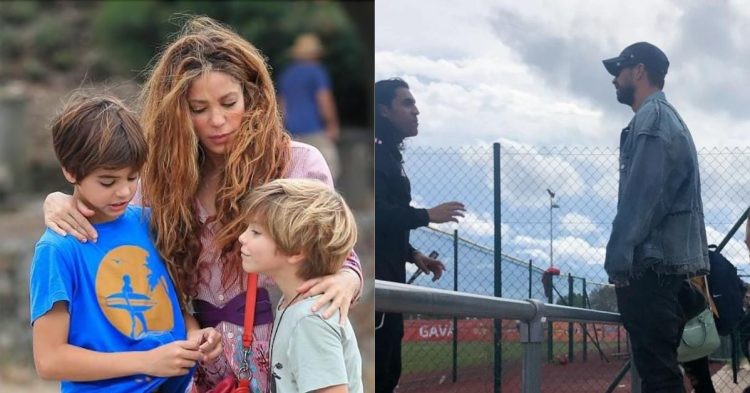 Gerard Pique and Shakira have agreed on an agreement for the custody of their children. Shakira will move to Miami, Florida in the USA with her children after spending Christmas in Barcelona. After spending the holidays with their father in Spain, Sasha and Milan will move to the USA in early 2023, with their mother. Shakira already owns a mansion in Florida, which she had earlier put on sale, but has now removed from the market.

Pique and Clara Chia Marti were initially set to move into Shakira’s family home. It was one of the talking points of the agreement for custody Pique had initially made. But in later developments, Shakira and Pique decided to sell the mansion for around $14 million. Pique now lives in a penthouse with Clara Chia.

MARCA have covered every single detail surrounding Pique and Shakira’s split, including the fact that they both attended their son Milan’s baseball game. Shakira was photographed a few weeks ago attending the game and supporting her son. She was seen sporting a red hoodie.

On Saturday, the two were seen together supporting their child. According to MARCA, the photographs indicate that the meeting was unpleasant. Neither reportedly exchanged any looks. Shakira arrived with her son and also her brother. Pique was accompanied by his parents but not Clara Chia. The Colombian singer was also seen taking photographs with some fans.

Shakira and Pique have been very protective of their children throughout this breakup. After reaching the agreement for the custody of their children, the couple issued a joint statement that read, “We have signed a custody agreement. Our sole objective is to provide our children with the utmost security and protection and hope they can continue their lives in a safe and calm environment. We appreciate that their privacy will be respected.”

Following the game, Shakira also shared a photo with her son Milan. Shakira has not shared many photos with her children. Following the match, Sasha and Milan, Shakira’s two children, left with Pique in his car. Pique and Shakira’s custody agreement states that Pique will have visiting rights for 10 days a month and also during holidays. This of course will be after they move to Miami, while Pique will reportedly stay in Barcelona.