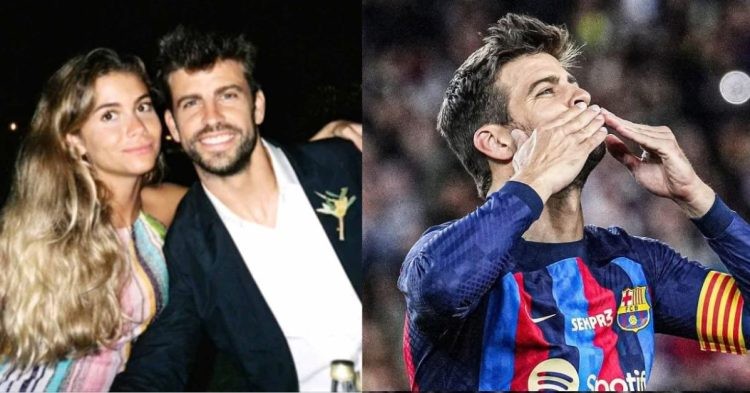 Gerard Pique, the talismanic defender for FC Barcelona, has made the announcement that he will retire after this weekend’s match at Camp Nou versus Almeria.

The 35-year-old Spanish player has played 615 games for Barcelona and has 52 goals in that time. Pique and Barcelona have won the Champions League three times and the World Cup three times.

ESPN reports that Pique has now acknowledged that the post of president of Barcelona appeals to him. However, he wants to help the Catalan club realize its full potential in the future.

Following his significant participation in assisting the club’s finances last year, which included taking a voluntary wage cut. Evidently, it is speculated that he may one day run for president of Barcelona.

Florentino Perez, president of Real Madrid, has come under fire from Gerard Pique. Evidently, how he has handled the proposed Super League, has angered stakeholders.

Perez, along with Laporta of Barcelona, continues to advocate for the Super League. He wants to begin to play in order to compete with the continent’s most illustrious club tournament.

Gerard Pique thinks football needs to change if it's going to appeal to a younger audience 👀 pic.twitter.com/2uGLWbWwpu

Gerard Pique, said in an interview, “When Florentino talks about the Super League and that people consume football differently, I agree with that.”

Furthermore, he elucidated, “But I don’t think the Super League is the solution. The creation of the Super League was a big mistake. I think highly of Florentino, and he surprised me with that. He has changed Real Madrid.”

“He made a mistake when he signed some stars at the time but when he came back he deserves praise. But when I saw his appearance on El Chiringuito by himself… my head exploded. I don’t know what he wanted to achieve with that.”

Gerard Piqué: "Teenagers don't watch the 90 minutes of the game. They watch 2 minute, and then go on Instagram." pic.twitter.com/lZBH7pwIys

However, Pique’s rivalry with Real Madrid, particularly when Los Blancos were led by Jose Mourinho, was one of the stories that defined his career.

Last week, while attending a wedding on the Costa Brava in Catalonia, Spain, Gerard Pique, and his new girlfriend Clara Chia Marti, put on another passionate performance.

Pique has now revealed he has aspirations to run for president of Barcelona. A goal that has been the subject of rumors regarding his apparent willingness to do so at some point in the future.

Gerard Pique on his future: "I’m not made to be a coach, I want to be the president of Barcelona , that’s my dream." pic.twitter.com/lhMUiG47Nr

Gerard Pique, said on Ibai Llanos’ Twitch, “Right now I don’t have it in my head. I want to do many other things. Having the freedom not to be training every day or busy weekends with matches will give me the opportunity to focus on other things.”

Furthermore, he said, “I think that at some point I will want to be president of Barcelona. In the future, I would really like to help the club of my life to exploit its full potential.”

After returning to Camp Nou from Manchester United in 2008, Pique said that he had never wanted to play for any other team but Barcelona.

Pique seeks to restore stability to his life and a bright future after experiencing a few difficult days over the past several months.