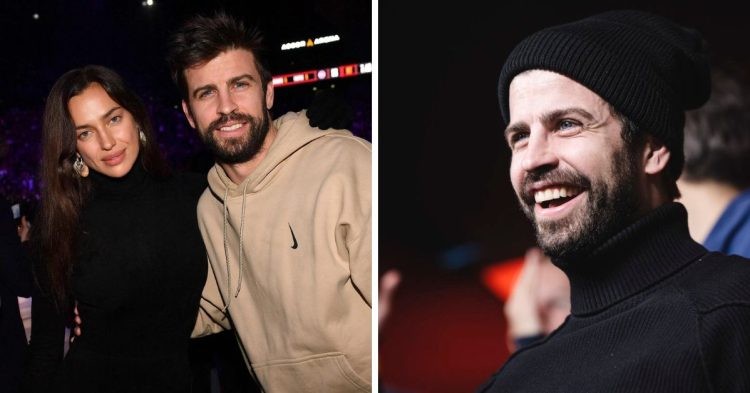 Gerard Pique was captured looking affectionate with model Irina Shayk on Thursday, January 19, 2023, in the midst of the separation drama with ex Shakira. The picture, posted by Page Six, showed Piqué getting close to Shayk and placing his arm around her as they smiled for a picture during an NBA game in France.

The ex-soccer player, aged 35, sported a relaxed look in a tan Nike hoodie and dark trousers. 37-year-old Shayk, on the other hand, was dressed to the nines in a black turtleneck and trousers, finished with a pair of large silver earrings.

In June 2022, Shakira announced that after 11 years together, she and Piqué were separating. They have two children, Milan and Sasha, who are 9 and 7 respectively. Speaking to Elle Magazine in September 2022, the 45-year-old singer admitted that the split has been hard on both her and her kids, calling it her darkest hour.

When did Cristiano Ronaldo and Irina Shayk date?

It is reported that Cristiano Ronaldo and Irina Shayk first encountered each other on the set of an Armani Exchange advertisement in 2010. Afterward, the couple was photographed together on a yacht trip prior to the start of the World Cup.

It was even rumored that Ronaldo proposed to Shayk on Valentine’s Day in 2011. Nevertheless, the couple eventually split up, sparking speculation as to why the romance ended despite the reported engagement.

Did Gerard Pique pay for his new GF’s plastic surgery?

Gerard Pique, the former Barcelona star, has been recently in the news due to rumors that he is having a new affair with Russian model Irina Shayk. But since nothing has been confirmed and Gerard Pique had not paid for her plastic surgery, it is essential to take these rumors with a grain of salt.

The reports first emerged after the pair were seen together at an NBA final in France, sparking speculation that the two were in a romantic relationship. Reports also suggest that Shayk and Pique were very cozy with each other during the final.

What was Pique doing with Shayk?

On Thursday, January 19, 2023, a photo of Gerard Piqué and model Irina Shayk was shared on Page Six, which showed the two of them in an intimate embrace. Piqué, 35, was dressed casually in a tan Nike hoodie and black pants while the 37-year-old Shayk wore a black turtleneck sweater, black pants, and big statement earrings.

This unexpected sighting has caused speculation among fans, due to the recent news of Piqué’s split with long-time partner Shakira. They were in an NBA game in France.