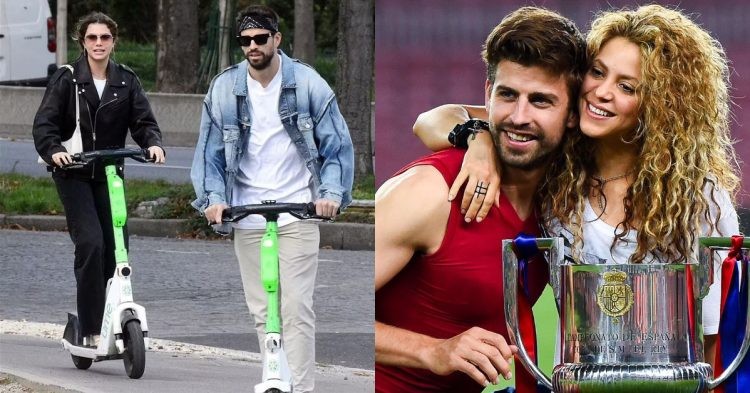 Gerard Pique has had a rollercoaster of a year so far. The news that broke on the internet was when Shakira and Pique announced their split. The pair did not disclose the reason to the world. But many believe that was Pique’s mistake that led to their split.

For those who don’t know, Pique reportedly cheated on Shakira with Clara Chia Marti. This prompted the Colombian singer to decide on her relationship with the soccer player. Since announcing their split, both Pique and Shakira have been focusing on their respective careers. However, a recent report has emerged regarding Pique’s professional career.

Could the relationship with Clara Chia Marti be the reason why Gerard Pique is receiving treatment?

According to Univision, Gerard Pique attended a public event with his new girlfriend Clara Chia Marti. However, he left the event alone without Clara Chia. The rumors mentioned that she could not deal with the pressure of the media and did not wish to be in the public eye.

In addition to that, another rumor that emerged was that Pique was receiving medical help from professionals. Many believe that the former Barcelona player is not able to deal with the trouble from the media. It seems like both Pique and Clara Chia are not having the best time with the media.

The details of the medical experts that Pique has been seeing have not been revealed. However, it is not surprising to know that he is unable to deal with the fact that there are cameras on him all the time. To be fair to Pique, being a professional soccer player has its disadvantages and it seems like being watched at all times is one of them.

The former player is looking to focus on his career and business after splitting from Shakira and retiring from professional soccer. Clara Chia Marti has also been making developments in her professional career since going public with her relationship with Pique. The reason why Pique might be receiving help is unknown, but it is highly likely that the 2010 World Cup winner is feeling pressured by the media.