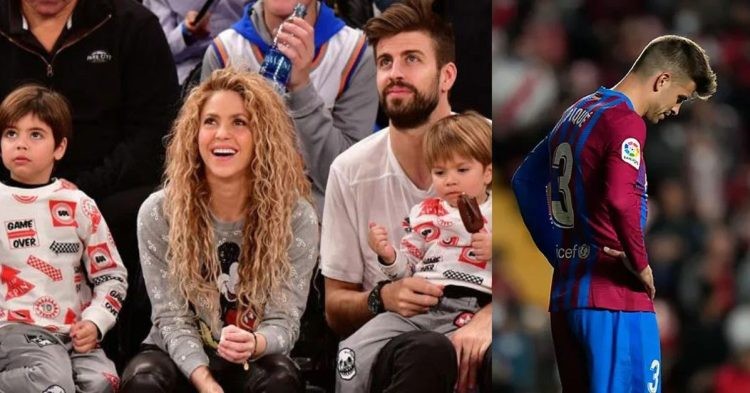 Shakira, Gerard Pique and their children (Credits: The News International and MARCA)

Gerard Pique and Shakira’s split has probably had the biggest impact on their children. The two are in Barcelona for the time being, but Shakira wants to take them to Miami. Recent reports suggested that Shakira and Pique had agreed to keep their children in Barcelona itself.

A new Daily Mail report, on the other hand, has now said that Pique has lost the battle to keep his children in Barcelona and that Shakira would take them to Miami. The Colombian singer wants to leave Barcelona and Spain to avoid her tax fraud trial.

According to the report, Pique and Shakira had a twelve-hour-long meeting that included both the parties’ lawyers. Pique lost the battle and Shakira is now set to relocate to Miami with her children next year. Milan and Sasha are to leave for Florida in early 2023.

Pique has reportedly ceded to Shakira’s wishes to avoid an ugly battle in court. This is probably to avoid exposing his children to the large amount of media coverage the trial will garner. The talk is said to have taken place in the couple’s former family home in Esplugues de Llobregat on the outskirts of Barcelona. The talks reportedly started on Monday afternoon and ended in the early hours of Tuesday.

A report from a daily Spanish report said, “He will be able to cross the Atlantic Ocean to see them whenever he wants. The costs will be borne by both of them.”

The report has also said that Shakira will not move to Miami with her kids until next year. “The children will spend Christmas in Barcelona but as soon as 2023 begins, the footballer will say goodbye and assume a painful sacrifice so that the youngsters don’t experience an even more traumatic separation between their parents,” a Spanish report said.

Besides now being away from his children post the new year, Pique will also not be playing football. The Spain and Barcelona defender announced his shock retirement from football last week. He is expected to rejoin Barcelona at Camp Nou at some point in the future. What capacity he will be joining at remains unknown.