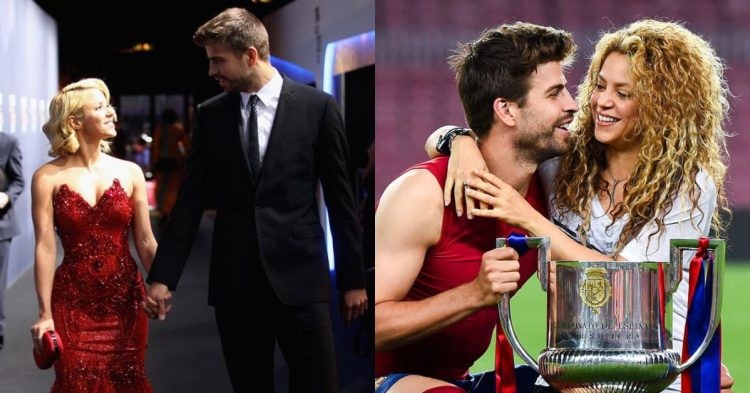 Gerard Pique and Shakira announced their break up earlier this year. The news came as a shock to many, as they had been together for more than a decade. More news regarding their split has hit the news regularly. Pique’s new girlfriend, Clara Chia Marti has been in the news, and their children’s custody case has also been highly publicized.

Poster for the World Cup held in South Africa back in 2010#SouthAfrica #WorldCup #Posters pic.twitter.com/KwQpcAupkA

Shakira and Pique met during the World Cup in 2010. Shakira had performed her song ‘Waka Waka’ for the South African tournament, and Pique met her on the sets of the shoot for the video. Pique was interested in dating Shakira immediately, and the two announced their relationship officially around a year later.

How did Gerard Pique meet Shakira?

Shakira’s ‘Waka Waka’ became an iconic song all over the world. The song is one of the most popular World Cup songs. For Shakira, the song was not just something she would remember professionally, but personally as well. She met Gerard Pique at the shooting for the video of the song in Madrid. Pique said, “The first time I met Shakira was in Madrid when we were filming the video for Waka Waka before the 2010 World Cup and I asked for her number.”

Pique then went on to text Shakira, asking her about the weather in South Africa. Their relationship started from there. After Madrid, Pique realized the next chance he would get to see Shakira would be at the World Cup final in Johannesburg. He vowed to reach the final and win the World Cup to see her.

Shakira wanted to meet Pique at the opening ceremony where she was performing. Unfortunately for both of them, it was not possible. Speaking to GOAL, Pique said, “I told her we would have to get to the World Cup final to see her again as she was singing in the final. Once we got to that stage, we might as well win it. We got there and won it.”

Pique and Shakira’s split is speculated to have been caused by Pique cheating on Shakira. The ex-Barcelona defender is currently dating Clara Chia Marti. Shakira has won the custody of their two sons, with Pique having visiting rights. The Colombian singer will move to Miami with her children, while Pique will continue to stay in Barcelona. Shakira also faces a tax fraud case in Barcelona, which she could avoid by leaving Spain.