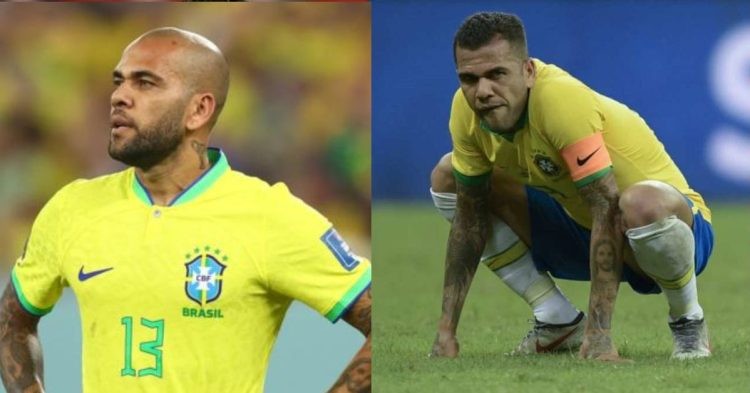 Alves has played for teams like FC Barcelona, Juventus, PSG and recently represented the Brazil national team at the Fifa World Cup. He represented Club Universidad Nacional of the Liga MX in Mexico popularly known as Pumas. The Mexican club sacked Alves and terminated his contract soon after he was arrested in the alleged sexual assault case.

Dani Alves allegedly lied about his contract to a judge

Alves was recently presented before a judge of the Catalonia Higher Court of Justice regarding the sexual assault case but was reportedly caught lying by the judge. He was asked about his salary at the PUMAS which he said was €30,000 per month. However, the judge who already had a copy of his contract called him out for his lie and exposed his real salary to be €300,000

Dani Alves is the most decorated player in soccer history due to which he has a very huge following among the soccer fandom. But soon after this news was reported, his fans started questioning their loyalties towards him and one fan even said, “Give him life sentence.”

Several other fans also reacted to this news and voiced their opinions on Twitter:

First he lied that he stumble in the restroom an saw the female there now he lying about his income , I’m a fc Barcelona fan but this don’t look good for us , having a r….. as one of our own smh

Lost respect for him now he’s just a criminal

This incident of Alves’s arrest has left his wife Joana Sanz distraught. Joana came out on Instagram and urged everybody to show some empathy towards her as she recently lost her mother and now this incident regarding her husband has left her nowhere to go.

She wrote: “I have lost the only two pillars of my life. Have a little empathy, instead of looking for news in other people’s pain, thank you. My mother passed away a week ago. I have barely started to realize that she is no longer here and then they already start to torment me with my husband’s situation.”

She further added:”I ask the media outside my house to please respect my privacy at this time”

She urged the media to show some respect towards her and not intrude on her privacy in this moment of grief. We hope that the media leaves her in peace in this traumatic period and that justice prevails.