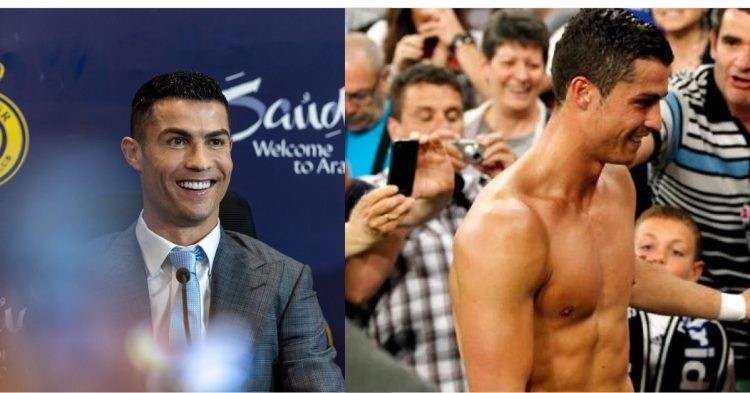 Cristiano Ronaldo, captain of Portugal, declared that his accomplishments in Europe were completed and that he is looking forward to fresh opportunities on and off the soccer field after joining the Saudi Arabian team Al-Nassr. After departing from Manchester United in November, Ronaldo signed with Al-Nassr for a two-and-a-half-year agreement, which media outlets estimated to be worth over $200 million.

On Tuesday, Ronaldo was welcomed to Al-Nassr’s home ground Mrsool Park by a deluge of yellow and blue, as thousands of supporters arrived to watch his introduction. After speaking at a press conference, he went to the locker room to meet his fellow players.

He was dressed in the team’s colors as he walked onto the field, where fans cheered his name as he signed and threw soccer balls into the stands. His family then joined him in the arena, accommodating up to 25,000 people.

The fans of Cristiano Ronaldo have always shown immense support and admiration for the Portuguese soccer superstar. The recent comment of one of his fans is indeed a testament to the tremendous respect and admiration that Ronaldo has garnered throughout his career.

A statement that reads “All I want to see this man happy, he has suffered a lot. Good Luck Legend” shows how fans have been inspired by Ronaldo’s journey and his determination to overcome obstacles.

Fans across the world have been overwhelmingly supportive of Cristiano Ronaldo’s decision to join Al-Nassr, the Saudi Arabian team. Many fans have praised Ronaldo for taking the opportunity to experience a different culture,  and help the development of soccer in Saudi Arabia.

Additionally, fans are looking forward to seeing Ronaldo in action in the Middle East, with many hoping that his presence will help to draw more attention to the region’s soccer culture. But some have also criticized him for his decision because after playing for some big clubs like Real Madrid, Juventus, and Manchester United joining Al-Nassr is a poor decision for them.

Everybody started hated the man and wanted him out .. Now they’re criticising him for doing just that. the man’s completed all of football and is arguable the greatest player of all time, he deserves to join whoever he wants

You did well. I wished you didn’t go back to Man United but that’s in the past now. You remain my GOAT CR7. God bless you in you Arabic football career

A lot of respect for this rare breed of a footballer.💙💙💙

Ronaldo unveiling in Riyadh is like a World Cup Opening Ceremony.

You can’t take away the excitement and pure love the world have for this man.

The Portuguese superstar’s decision to join the Saudi Arabian team has been met with excitement from the Al-Nassr fans, and the team is sure to benefit from the added star power of Ronaldo. His presence will undoubtedly raise the profile of the club and strengthen its position in the Middle Eastern soccer landscape.

This move is an exciting development for both Ronaldo and Al-Nassr, and it will be interesting to see how they both progress in the coming years.