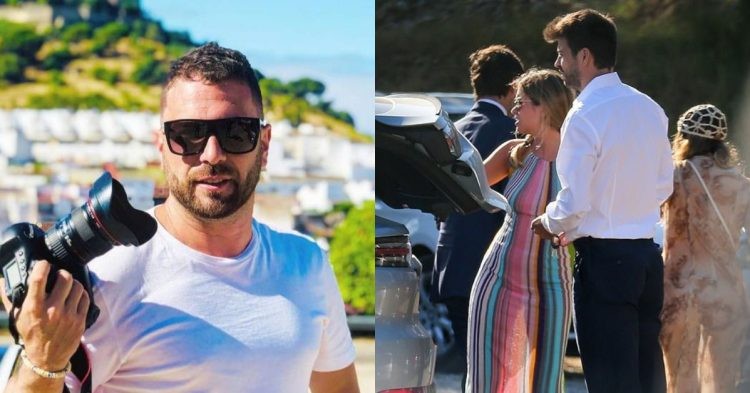 Pique and Martin do not have a positive relationship. According to Martin, the two were once even involved in a physical altercation. In the interview, Martin also said he understood that people (and especially Pique) would find his work annoying. In a recent interview with TVyNovelas, Martin revealed some insights into Pique’s personality.

In the interview, Martin portrayed Pique as a selfish and arrogant person. It was reported that Shakira had broken up with Pique because she had found out he was cheating on her with Clara Chia Marti. But according to Martin, Pique had been cheating on Shakira since before Clara had even entered the picture. He mentioned the name of Israeli model Bar Refaeli as someone Pique was involved with while dating Shakira.

“I noticed Bar Rafaeli, she came to all Barcelona matches. I have close contact with Bar, and she said the only one she came to see was Pique.” He went on to say that when Pique was asked questions regarding this he diverted attention away from himself. But Martin also conceded that no pictures of Pique being unfaithful to Shakira have surfaced.

“From day one, Shakira’s relationship with the soccer player had an expiration date. Pique is a very intelligent guy and obviously, he does not let himself be seen with a lover or they walk hand in hand. They almost always go separately,” Martin concluded.

In another damning quote, Martin revealed Pique’s arrogance. The interviewer asked Martin if the news they had received from a source regarding Pique keeping Shakira’s Grammys in his office was true. “Yes, to attract clients. Her Grammys and other awards from the singer, in all those ways he has used her. That’s why Piques is for some quite despicable,” Martin said.

He even said Pique was very arrogant and seemed to be warning Clara Chia as well. “I know that my work is annoying, but with Pique, it is something that bothers him completely, he is a rude man who does not know how to treat a woman either. He is a guy who, when people know him, knows that he is unpleasant, classy, and treats ordinary people very badly.”

Martin himself has admitted his relationship with Pique is not pleasant. He even spoke about a physical altercation between the two in the interview. The veracity of Martin’s comments will be very hard to be determined. But it must be remembered he is someone who has followed the couple for over a decade.