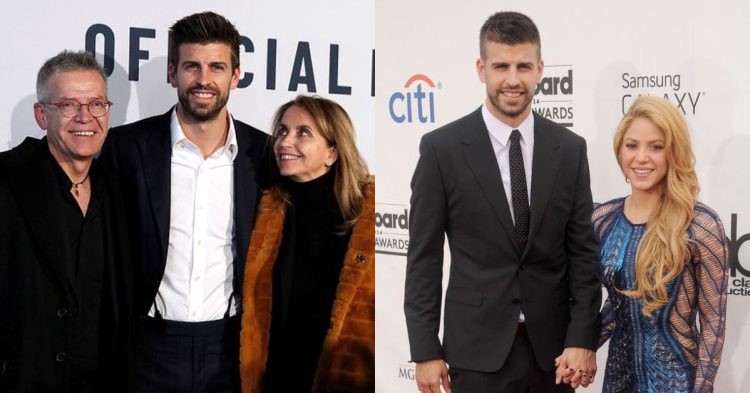 Gerard Pique was in a public relationship with pop star Shakira until this year. The pair met each other in 2010 when Shakira was filming for her World Cup song “Waka Waka”.  Shakira and Pique had two children during their 12-year relationship before breaking up this year. The reason for their breakup would be Clara Chia Marti, according to various reports.

Pique seems to be dating the Spanish student as Shakira announced the breakup to the world back in June. Since then, reports from both sides have started to fill the internet. The recent update on their split is that both parties are close to reaching an agreement on their split, and other factors as well, such as who gets the custody of their two children, Sasha and Milan.

Recently, Gerard announced that he will be retiring from professional soccer after an illustrious 14-year career. He had won plenty of trophies like the FIFA World Cup, UEFA Champions League, and more, with Manchester United, Barcelona, and Spain. As his retirement has brought the question of who gets custody of their children, Pique’s parents have caught the world’s attention with their comments.

According to Lorena Vazquez, Pique’s parents said, “He is leaving Barça now because he doesn’t want to leave through the back door. He needs to be calm to solve his problems with Shakira.”

Who are Gerard Pique’s parents?

Pique’s mother is Montserrat Bernabeu and his father is Joan Pique. His mother, Montserrat, is a Physical Medicine and Rehabilitation specialist. She has been working at a hospital called Institut Guttmann since 1993.

On the other hand, Gerard’s father, Joan is a lawyer who has been fairly successful in his field. His success has helped the Pique family to amass a huge amount of wealth even before Pique became a successful soccer player and businessman.

After working at the hospital in various positions, Montserrat is now a Co-Director of the center’s foundation; The Institut Guttmann Foundation. An interesting fact is that her father, Armando Bernabeu was once the Vice-President of Barcelona. It is quite evident that Pique’s mother’s family was quite wealthy.

And if that wasn’t enough, his mother is the director at the biggest hospital in Barcelona. His father, Joan was a successful lawyer as mentioned before. It is quite evident that the Pique family is quite well off, excluding Gerard’s business ventures.

As for their comments, it appears that they are quite unhappy with their son’s situation with Shakira. They mentioned that Pique does not want to leave out the back door, which indicates that the 35-year-old wants to put an end to the controversy with Shakira as discreetly as possible.