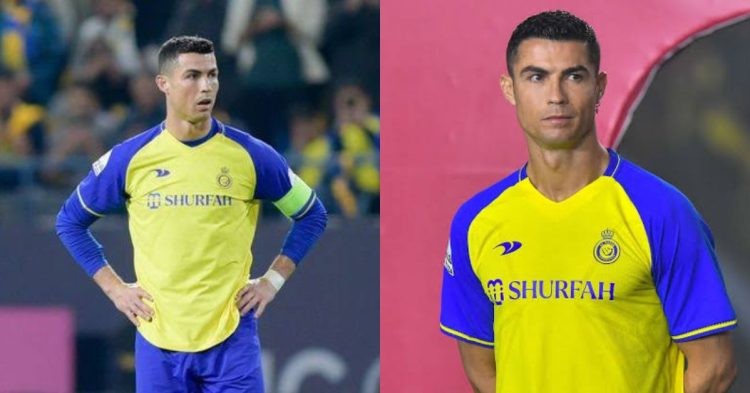 Cristiano Ronaldo completed his move to Saudi Arabian outfit Al-Nassr at the start of this month. But it seems like he will attract equal media and fan attention he always has had throughout his career. Ronaldo made his league debut on January 22, and expectedly so, had the soccer world on their toes.

Cristiano Ronaldo, even at 38, is proving to be the center of the attraction despite moving entirely out of European soccer. The Portuguese had a terrible last year both in club and international terms. After a lot of speculation about his next club, Cristiano Ronaldo joined Al-Nassr in the biggest deal in soccer history.

The Portuguese has had all the eyes since he completed the move. He made his debut on January 19 in a Riyadh All-Stars vs PSG high-class friendly match. Ronaldo faced his eternal rival in that match. And in terms of individual performance, he beat Lionel Messi by scoring two goals. The match delivered much higher quality above fans’ expectations. Cristiano Ronaldo played for an hour and impressed with his deadly instincts in front of goals.

The match against PSG wasn’t a competitive match on paper, it was only friendly. Ronaldo had to sit out for a two-match FA-handed ban. He couldn’t have made his debut in a more intense match, before playing in the Saudi Pro League. Questions have been asked about his playing ambitions and he has answered those. But it seems like, he needs to do a lot more to convince the media and the fans.

Ronaldo made the fans wait to see him on a pitch with an Al-Nassr shirt. The Al-Nassr fans absolutely flooded the Mrsool Park with chants and placards of their newest signing. Expectations were relatively high after his impressive brace against PSG. The star man started the match with the captain’s armband, which actually led the team towards victory, but Ronaldo himself wasn’t the star of the show.

He didn’t have a great game in scoring or in terms of creativity.  He had a disappointing start to the match when he lost the ball twice with his first couple of touches. Ronaldo failed to get into any scoring positions and also failed to register a single shot on goal. His best moment of the match came when he attacked the Ettifaq box from his favorite left side and faked a shot that completely fooled the defender, and he sat on the ground.

Fans came and took digs at the best-paid soccer player on the planet for his underwhelming debut in an Instagram post on Pubitysport. A fan comment said, “He’s playing nobodies,” pointing out the standard of the league. Another fan commented, “His highlight of the game,” bantering his poor competitive Al-Nassr debut.

One fan was clearly unimpressed and said, “Pretty basic, the defender shouldn’t fall for that.” Some bantered him by saying, “Finally found his level” and “What a world cup for him.” Although some fans defended the Portuguese with comments like, “Unnecessary hate coming”, and “These so-called football fans forgot what Ronaldo has achieved in his career,” talking about his excellent career.

Conclusively, it is very easy to see the amount of attention Ronaldo gets for everything he does. And at the end of the day, an individual as popular as him is bound to get a reaction from soccer fans and the media.