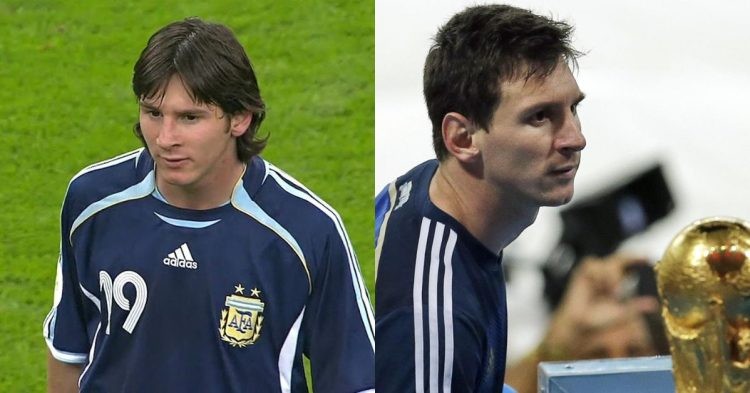 Spearheaded by Lionel Messi, Argentina is one of the favorites to win this World Cup. Argentina has set a record for the most games unbeaten, going unbeaten for 35 games since July 3rd, 2019. Other teams with good squads and form heading into this World Cup are eternal favorites Brazil and France, with a strong side from Portugal as well.

The World Cup is set to begin on 20th November. This World Cup will be very different from the ones we have seen in the past. It is a winter World Cup, one in the middle of a season. Many star players have been injured in the months and weeks leading to this grand tournament.

Lionel Messi’s World Cup appearances: How many games did he play?

Messi has been selected in Argentina’s World Cup squad for Qatar, a record fifth time.

Official: Leo Messi has been included in Argentina’s squad for the Word Cup. pic.twitter.com/AshsImBreT

Much like Luka Modric, Messi fell at the final hurdle, losing to a 118th-minute winner by Germany’s Mario Gotze. Argentina’s group this year comprises Saudi Arabia, Portugal, and Mexico. While there are no straightforward games in the World Cup, Argentina will feel confident of making their way through to the knockout stages.

Unfortunately, neither Messi nor Ronaldo has won a World Cup. Messi did reach the finals in 2014, losing to Germany 1-0. Ronaldo, like Messi, has played every World Cup since 2006 and has been confirmed as a part of Portugal’s squad for 2022. Having played 17 games, Ronaldo has scored 7 goals, providing 1 assist on the way.

While Portugal’s best finish in the World Cup was third place back in 1966. This was when England last won the World Cup, and Portugal has since failed to perform very well. With Ronaldo, their best finish was in 2006, finishing fourth.

Teams like England, Belgium, and the Netherlands, have not won the World Cup in recent times, despite having great squads. These might be the sides who benefit the most from the timing of this World Cup. They could use in-form players to their advantage. Other teams like USA and Canada can be wildcards as well, but Argentina, France, and Brazil are the overwhelming favorites.