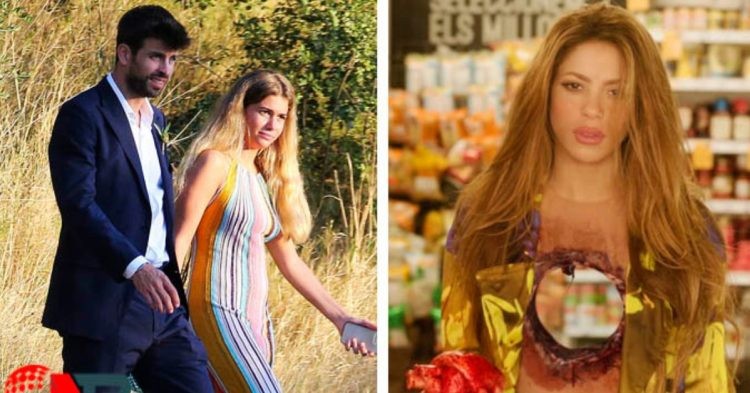 The FC Barcelona legend, Gerard Pique, will play his final game for Barcelona on Saturday because he has regrettably decided to retire from club football.

Gerard Pique, who has been in the news for the majority of this year, is undoubtedly one of the most well-known athletes. Throughout Barcelona’s illustrious history, he has consistently been a rock in the backline.

Every time he stepped onto the field, Gerard Pique, a La Masia graduate, gave his all for his team. Pique, who has won everything there is to win in football, including a Sextuple and the World Cup.

Sadly, Pique and Shakira recently made the decision to part ways this year and have since moved on to begin a completely new life.

Pique and Shakira still have a lot to determine about their future even though they were never truly married . Eventually, they still need to divide their assets, including a Barcelona property they shared.

It’s unknown if the breakup will affect either celebrity’s finances. Although, it raises the possibility that they may have different bank accounts after the dust settles.

The singer of “Whenever, Wherever” and the FC Barcelona player are parents to two sons. Sasha Piqué Mebarak was born in 2015 after Milan Piqué Mebarak in 2013. They must also decide how to divide the custody of their two young sons.

The family had been residing in Barcelona up until recently, but it is unknown where Shakira and Piqué would settle down permanently after their split.

Who has got more money, Shakira or Pique?

Gerard Pique is a famous Spanish footballer who has been accomplished as one of the world’s best defenders. Recently, Pique elucidated that he is going to retire this season.

Pique is set to play his last home match for FC Barcelona on Saturday against Almeria in Laliga. Gerard Pique earns a salary of $10 million, which massively contributes to his overall wealth.

Pique is not only a professional athlete who earns money from his career, but he is also the founder and head of an investment company that has a $3 billion agreement with the International Tennis Federation.

Gerard Pique will play his last game for Barcelona at the Camp Nou today 🥺 pic.twitter.com/HTFygYLQH4

Pique is also the owner of the Spanish teams FC Andorra and Gimnàstic Manresa through that investment company. It has been speculated, with all these additions his total net worth is figured to be $80 million.

Meanwhile, Shakira one of the biggest pop stars in the world is now 45. More than 125 million albums and singles have been sold worldwide, and she has received 3 Grammy Awards and 13 Latin Grammys.

Her lucrative music career served as the springboard for several other projects. She judged on The Voice for several seasons, reportedly earning $12 million for the gig.

She is currently an executive producer and a judge on the NBC dance competition series Dancing With Myself.

The musician also has a number of real estate holdings, including a $16 million private island and a mansion in Miami. Shakira has an estimated $300 million in total wealth, evidently far more than Gerard Pique.

Gerard Pique recently announced he is set to retire and will make his final appearance on Saturday for FC Barcelona.

It has been speculated that the talismanic center-back is ready to give up money that Barcelona owed him after his retirement.

Pique, one of the most paid players, is said to have made the decision to terminate the remaining terms of his contract, which involve hefty back payments.

Gerard Piqué has reportedly given up around €30M that Barcelona owed him! 😮

If anyone deserves to be known as a club hero, it's him! 👏 pic.twitter.com/OMef3nxmDG

FC Barcelona’s president Joan Laporta, in an interview, said, “Pique understands our fair play situation, the wage bill requires an adjustment, he knows that and he is very willing to help the club.”

Furthermore, he added, “The exit agreement is being finalized, but there is a great attitude of the player to help.”

His current contract has 18 months left before it expires in June 2024. The remaining term of Pique’s contract would have cost the Catalan club an astounding $46 million.