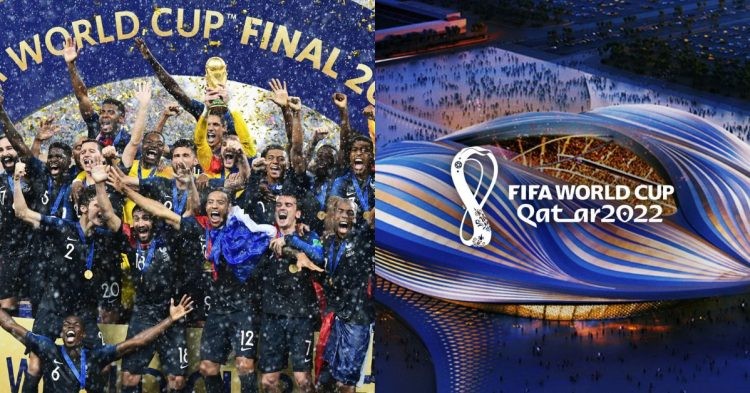 The FIFA World Cup 2022 is going to be the most-watched sports competition in the world. According to FIFA, more than half the world watched the 2018 final between Croatia and France (3.57 billion people). A record 1.1 billion people watched it simultaneously. With so many eyes on the World Cup, the bids for advertisements will also be of huge costs. A recent report indicates FIFA has earned around $7.5 billion from this World Cup.

Final alone has been seen by 1.12b people LIVE‼️

And @cryptocom is one of the partners…#FFTB #CRO #Cronos pic.twitter.com/Y60e0xO3L7

World Cup winners also get sizeable prize money in addition to the prestige of winning the coveted trophy. The favorites to win this World Cup are Brazil and France, along with Argentina. England has sent out a message through their big 6-2 win over Iran in their opener.

The most expensive World Cup in history

The FIFA World Cup 2022 has had its share of controversy, regarding its timing and location. In 2010, Qatar had no stadiums capable of hosting a World Cup match. Since then, the middle eastern country has constructed 8 stadiums, which is no mean feat. The stadiums are state of the art, with air conditioning throughout the stadium to balance out the hot climate in the country.

Teams to win prize money based on placement

According to Bloomberg, the total prize money out of the $7.5 billion FIFA will earn from this World Cup will be $440 million. The winners will earn $42 million. The team finishing second will earn $30 million, with 3rd and 4th positions earning $27 million and $25 million respectively. Each of the 32 will earn $9 million for just participating in the World Cup.

Each of the teams will also be given $1.5 million to cover the expenses of participating in a World Cup with a squad of 26. The amount of money that ultimately reaches the players of each team varies with the contracts players have signed with their nations’ football associations. Some players also give all their World Cup earnings to charity (Kylian Mbappe) since they already earn millions from their club contracts.

🌍 FIFA Club Benefits Programme will see more than USD 200 million distributed across the world
ℹ️ Clubs will be compensated financially every day their player is at the #Qatar2022
ℹ️ Registration for clubs is now digital
👉 https://t.co/2kJ5Ck5qVt pic.twitter.com/F15jXrsI4I

As part of FIFA’s Club Benefits Programme, intended to recognize the contribution of clubs, FIFA will pay the clubs players have played for in the past two years. FIFA will pay out $209 million to 416 clubs. Clubs will be getting $10,000 per player per day while the player remains in the World Cup. Additionally, this compensation will be paid to each club the player has played for in the past 2 years.