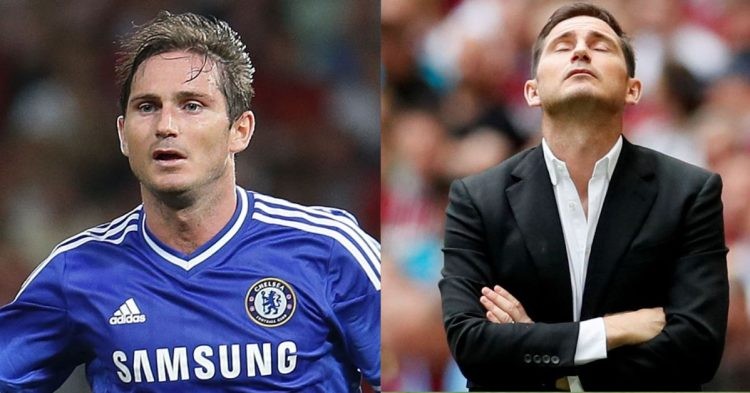 The latest development in the English Premier League is that Everton has sacked Frank Lampard after their defeat to West Ham on Saturday i.e January 21, 2023. This game between Frank Lampard and David Moyes’s sides was dubbed ‘El Sackico’ as the axe loomed large over both after poor showings in the season so far. Everton sits in the 19th place on the Premier League table while West Ham moved to 16th after their win.

Frank Lampard has been sacked by Everton, as expected — official club statement to follow 🚨🔵 #EFC pic.twitter.com/TzPqLqs6Gb

This is now the second unsuccessful tenure by Lampard in charge of a Premier League club after being shown the door at Stamford Bridge two years ago. Frank Lampard started his managerial career with Derby Country in the EFL League One where he did a decent job but lost the promotion play-off final against Aston Villa. He then moved to Chelsea as a manager where he failed to make an impact even after a huge transfer spree bringing in some big names.

Lampard was roped in as Everton’s manager on 31st January 2022 after Everton sacked Rafael Benitez. He secured Premier League football for Everton in his first half-season as manager after Everton was struggling at the 16th place in the PL table. But Lampard couldn’t crack the code this season with Everton as he managed only 3 wins in PL this season and his last win as Everton boss came 4 months ago in October.

Frank Lampard is considered one of the best midfielders of his generation and arguably Chelsea’s best player of all time, he is the Premier League’s best midfield goal scorer with a total of 177 goals and 102 assists but it seems that Lampard doesn’t yet have what it takes to be a manager at the highest level.

Fans react as Frank Lampard gets sacked by Everton

We went to Twitter to see what fans thought about Lampard’s sacking:

But seriously I work at asda now pic.twitter.com/8z6Jr7VxmG

With the total number of clubs that have sacked him including his alma mater, he should just rest. coaching isn’t for everyone.

It seems that soccer fans in general and Everton fans, in particular, don’t like Frank Lampard as a coach and have lashed at him for his performances with Chelsea and Everton. We have to see what Lampard chooses to do next with his career, whether he will stay in England or go elsewhere to rebuild his reputation.

Now that Lampard has departed, the prime contenders for the Everton job are Sean Dyche and Nuno Espirito Santo. Sean Dyche is a free man currently after he parted ways with Burnley after a 10-year-long association in 2022. Nuno, on the other hand, having previously managed Wolves and Tottenham Hotspurs is currently the head coach of the Saudi club, Al Ittihad. It remains to be seen who the Everton bosses deem fit for the job at the Merseyside club.