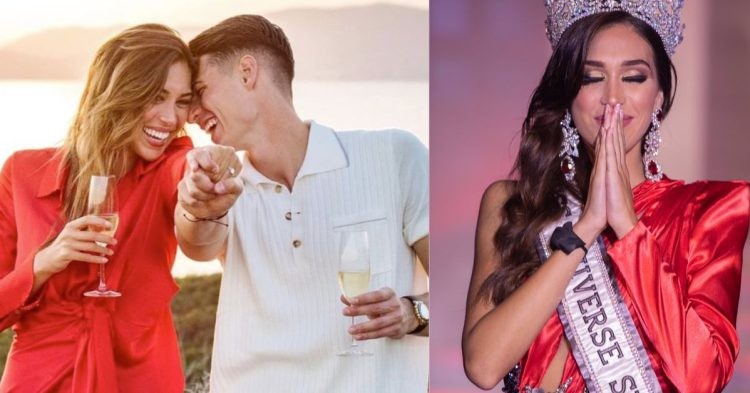 Chelsea goalkeeper Kepa Arrizabalaga announced earlier in 2022 that he was dating Miss Universe Spain 2020 winner Andrea Martinez. He was congratulated by his clubmates and national teammates including Kai Havertz and David de Gea. Is the Chelsea shot-stopper still with the Spanish beauty?

Kepa and Martinez announced their relationship in January 2022 through a joint Instagram post. In the photo, they are seen embracing one another with the sea in the background. It was captioned, “About us”. Fast forward just about eight months and the couple announced their engagement in another joint Instagram post. It was captioned, “SHE SAID YES”.

Andrea, who is very active on social media, posted a long message for Kepa at the end of 2022. She wrote about how blessed a year she had because of Kepa. It read, “What a precious year it was. Full of truly wonderful moments and experiences.” She went on to explain how they got engaged on the “1st of August”. She ended by expressing her love for Kepa and wished everyone a happy new year.

Meanwhile, the 71st Miss Universe competition took place on January 14, 2023, in New Orleans. 28-year-old R’Bonney Gabriel of the USA won the Miss Universe 2023 pageant. Among other things, she is an environmentalist who works as a model, sewing instructor, and fashion designer. Amanda Dudamel of Venezuela bagged the first runner-up spot while Andreína Martínez of the Dominican Republic was crowned second runner-up.

29-year-old Andrea Martinez is a model. She won the Miss Universe Spain pageant in 2020. Her crowning glory came at Los Olivos Beach in Tenerife after she beat rivals Andrea de las Heras from Madrid and Ainhoa Portillo from Malaga. She later took to social media to express how happy she was. “I still don’t believe that this has happened. I am Miss Universe Spain,” she wrote.

Martinez also has ties with sports. She was a basketball player in her high school in Leon, northwest Spain. Eventually, she went on to represent her district team, and later she was also selected for the Spanish U15 basketball team in 2006.

Martinez is a diploma holder in Business Administration and Management. She is also fluent in three languages English, Italian, and French. As of now, Martinez has a modeling career in London, however, not much is known about it. She has over 65,000 followers on Instagram where she posts about her life’s happenings regularly.