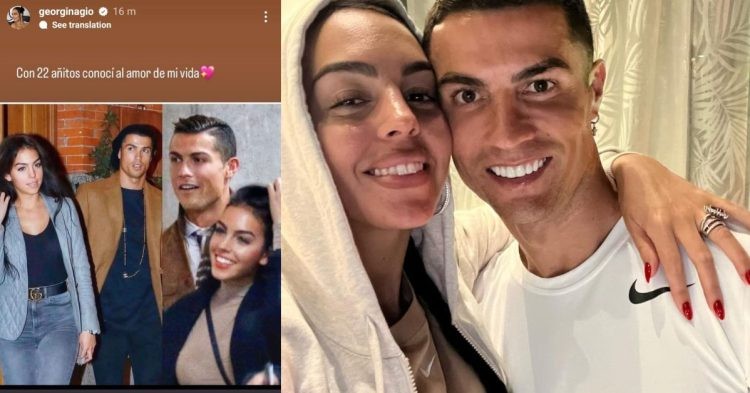 Cristiano Ronaldo and his partner Georgina Rodriguez have been together for more than 6 years now. They are considered one of the most famous couples in the media. However, their relationship could be in jeopardy after the Portuguese’s move to Al-Nassr.

Cristiano Ronaldo met Georgina Rodriguez during his Real Madrid days. The couple has two kids together Alana and Bella. This is the first time their relationship is under a question mark in these six years. Although, this was the toughest year in Ronaldo’s career as well. The Portuguese got his contract terminated at Manchester United very controversially and had a terrible World Cup campaign with Portugal.

Ronaldo went to the World Cup as a free agent and remained one for a couple of months. At the end of countless rumors, the 37-year-old joined Al-Nassr for a two and a half years deal. According to the Spanish TV show ‘Socialite’, as reported by MARCA, the power couple is trying to smoothen up things on social media. Whereas, behind the curtains, they are not doing so well. The root reason behind these problems is reportedly Ronaldo’s move to Saudi Arabia.

The veteran striker has allegedly postponed their scheduled wedding. The reason behind his decision is supposedly his disappointing end of 2022. The media has gone one step further and suggested that they are in this relationship because it is beneficial for both of their social status. However, Georgina has clearly denied all negative rumors about her and Cristiano’s relationship.

Spanish journalist Gonzalo Vasquez reported, “The recent disappointment of the player in the World Cup in Qatar with the Portuguese national team may have triggered a crisis and the wedding they had planned is on ‘standby’,” about their relationship, which caused a lot of buzz around the media. Saudi Arabia is reportedly ready to bend their marriage rule for their newest signing and his partner.

Georgina however, hasn’t shown any sign of truthfulness behind those negative rumors. The influencer gifted her partner a Rolls Royce Ghost as a Christmas present. Ronaldo is a huge car lover and he looked very happy with the gift as well. As soon as the reports surfaced about their relationship, she posted a picture on her Instagram, with the caption, “The love of my life”, affectionately hugging Ronaldo.

Amidst the rumors, Georgina added an Instagram story on January 3rd. The story consisted of two pictures of her and Ronaldo during their early days of the relationship. The story had a heartwarming message for the Portuguese. It said, “At 22 years old I met the love of my life, how handsome,” expressing how she is still very much in love with the Portuguese superstar.

“At 22 years old I met the love of my life, how handsome.” ❤️ pic.twitter.com/0UV5JxcRee

The reports mostly suggested that Georgina was unhappy with Cristiano’s move to Al-Nassr. She wasn’t willing to move to the middle-east leaving her family and friends.  But, at this moment, it seems like the power couple is doing very well and the rumors by the media outlets can just be pure speculation.