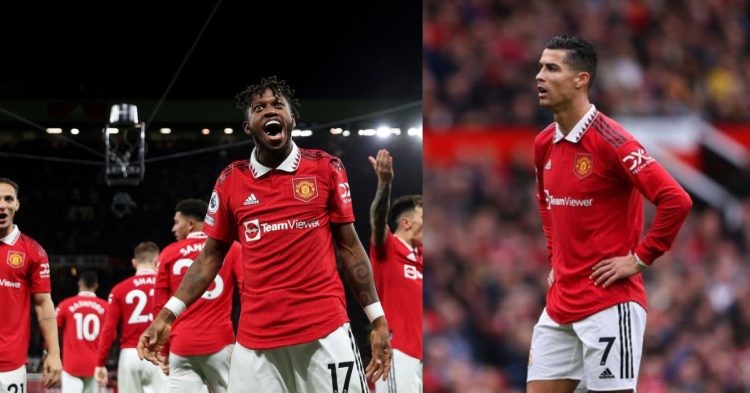 Cristiano Ronaldo walked out on Manchester United in their 2-0 win against Tottenham last night. Ronaldo was seen walking down the tunnel before the final whistle. Cristiano had handed in his transfer request in the summer which was also sanctioned by Erik ten Hag. The owners and higher-ups at United blocked the move. They had reportedly put in a £15 million price tag which clubs refused to pay on top of his massive wages.

While Ronaldo’s actions do have a reason and fans do realize his situation, it is an unacceptable reaction from the Portuguese. Reports now indicate his influence over the dressing room has highly diminished as well.

According to a report from Laurie Whitwell, Ronaldo’s absence from the dressing room went unnoticed. The players were jubilant with their performance and failed to notice Ronaldo’s absence. Speaking after the match, Erik ten Hag said, “I will deal with that tomorrow, not today. We are now celebrating this victory.”

There seems to be a loss of trust between the manager and Ronaldo. Erik ten Hag has always publically backed Ronaldo but hasn’t given him regular game time. He also does not seem to be the leader in the dressing room, with players like Lisandro Martinez, Tom Heaton, David de Gea, and Raphael Varane being the dressing room pillars.

Can this issue between Ronaldo and United be resolved?

Cristiano Ronaldo has become a third-choice striker at United. He failed to start last night despite Anthony Martial being injured. Marus Rashford started instead of the Portuguese. Erik ten Hag wanted Ronaldo to leave and bring in Cody Gakpo instead but the move did not come to fruition.

Unless there is a sudden change of heart on either Erik ten Hag or Ronaldo’s side, there seems to be nothing that will change this situation. Ronaldo will most likely leave in the summer of 2023 when he is a free agent. He would be looking for a move to a club in the Champions League.